Chiquita Lock is the last of several barriers originally installed in Cape Coral to control storm-water runoff. These systems were designed to store water for natural treatment along the mangrove fringe, mimic the natural sheet flow of water from north to south, and prevent saltwater intrusion into our groundwater.

The lock was originally mandated to be installed by a court-ordered consent decree due to the City digging much of it’s freshwater canal system without proper permitting.

Over the years, the City of Cape Coral and Florida Department of Environmental Protection have allowed mangrove breaches on the western wall to go unmitigated. This is now their argument for the lock serving no purpose. In reality, it is an inconvenience to boaters, and the primary motivation for removal is an expected boost in property values for property owners behind the lock.

A city born from the water may not always doing its best to protect it.

A scenario just like Chiquita Lock has already played out in the Northwest Spreader System of Cape Coral. After years of discourse and court battles, the City removed the Ceitus Barrier as a convenience to boaters.

In the years since, Matlacha Pass has been named an impaired water body and dramatic silting has taken place directly downstream of the Northwest Spreader System’s exit directly into the Matlacha Pass Preserve.

Continued development in N. Cape Coral with plans such as the D&D Boat Ramp site and the major Seven Islands District will continue to put greater pressure on these delicately balanced estuary habitats.

In 2019, several petitioners challenged the City of Cape Coral’s application and FDEP’s Notice of Intent To Issue an Environmental Resources Permit to permanently remove the Chiquita Lock. After 3 days of hearings, an Administrative Law Judge sided with the citizens and denied the FDEP permit. However, the City of Cape Coral immediately authorized more monies for legal and environmental consultants and it appears they are intent on trying again. 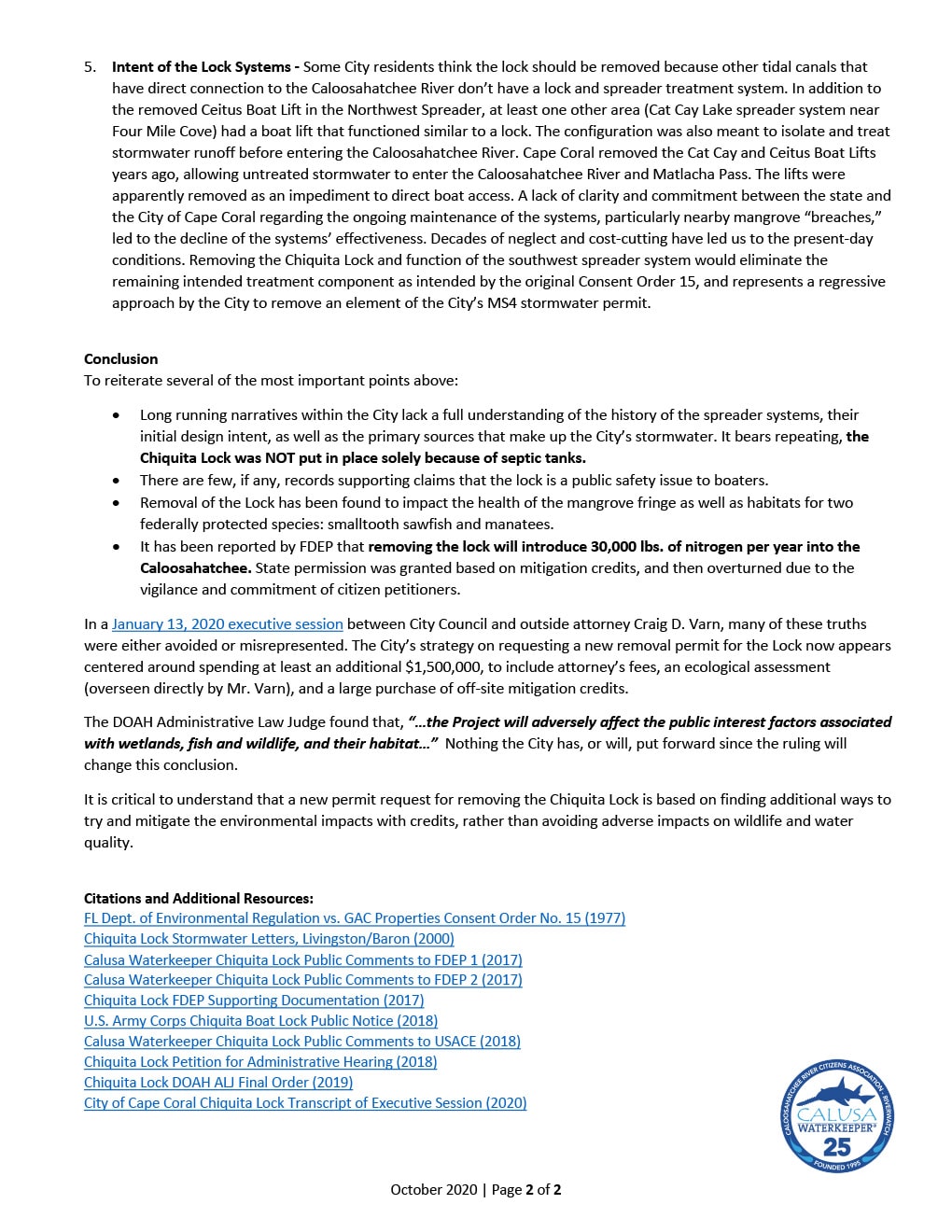 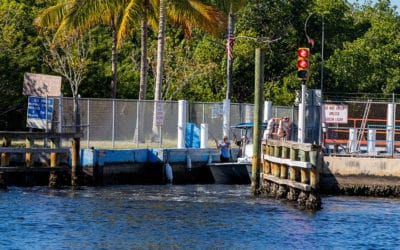 Florida Department of Environmental Protection Secretary Noah Valenstein rejected the permit that the agency previously said it would approve. The order issued from Valenstein represents the DEP’s final decision on the matter and supersedes a November 2018 announcement that it would issue the permit. 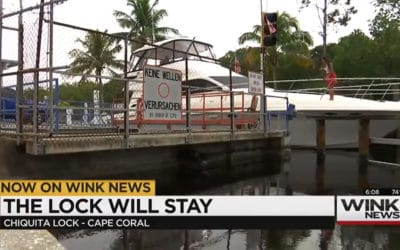 The decision on the Chiquita Lock has been the topic of controversy for months. Boaters have complained about the wait times at the lock. Getting in and out of this spot can get busy, especially during season. But a state judge’s 50-page recommendation says the wait is worth it. 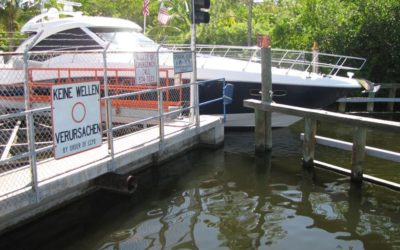 A water control structure in Cape Coral will be the focus of a hearing this week as environmental and civic groups aim to keep the city from completely removing the Chiquita Lock. The lock was designed to retain freshwater so that it has a period of time to wash through an adjacent mangrove system, which helps clean the water. 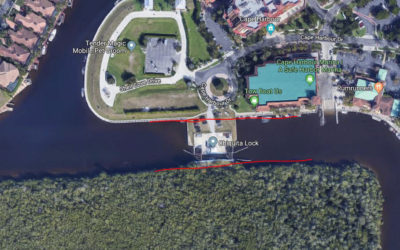 Removing Chiquita Lock Without a New Barrier a Mistake

So much is at stake if we simply destroy this facility and large earthen barrier. Engaging in the fight for clean water this summer, we’ve seen evidence our state agencies have not always had the best interests of our ecosystems and health in mind. 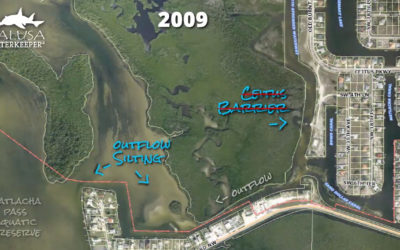 A Case for Barriers in Cape Coral’s Spreader Waterways

Calusa Waterkeeper volunteer Jason Pim created this video for us showing the silting that resulted in Matlacha Pass once the Ceitus Barrier was removed from Cape Coral’s North Spreader waterway. 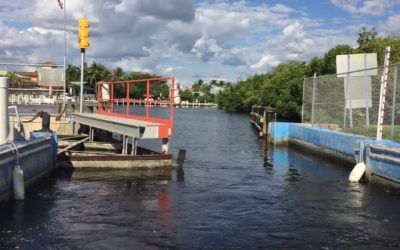 Concerned Cape Coral residents and environmental watchdogs are at odds with the City of Cape Coral and the Florida Department of Environmental Protection over the potential removal of the Chiquita Lock located on the Southwest Spreader system. 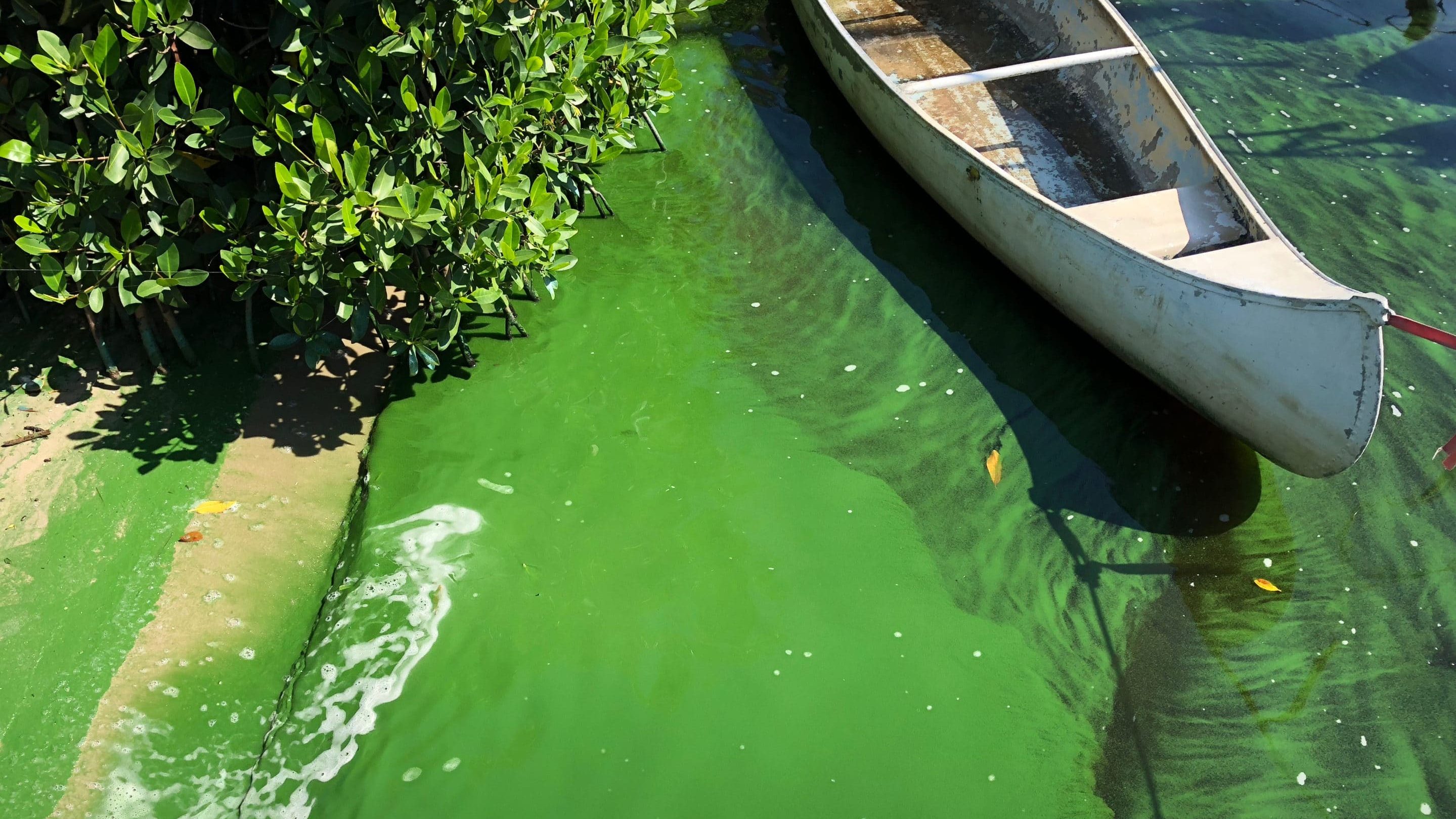 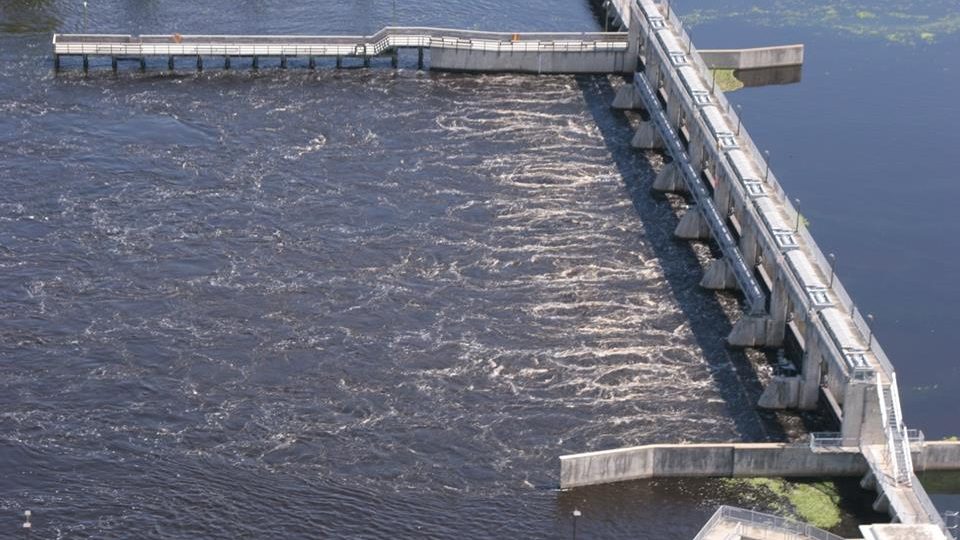 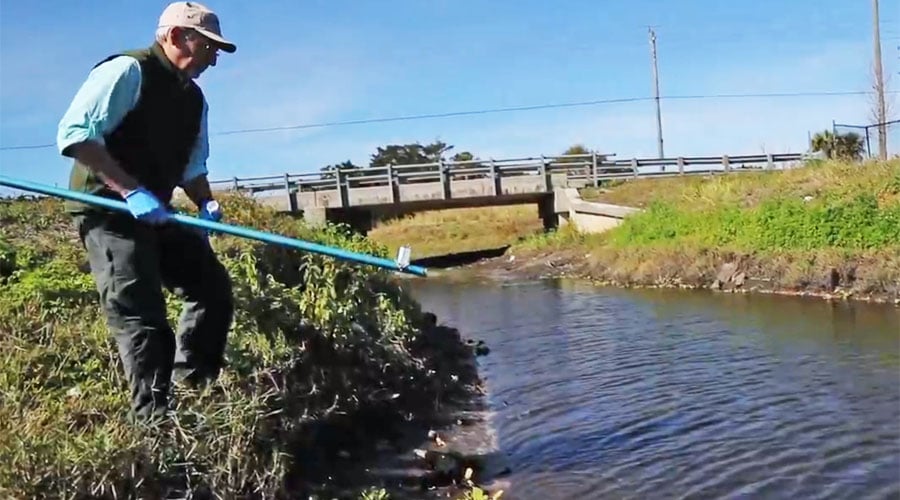