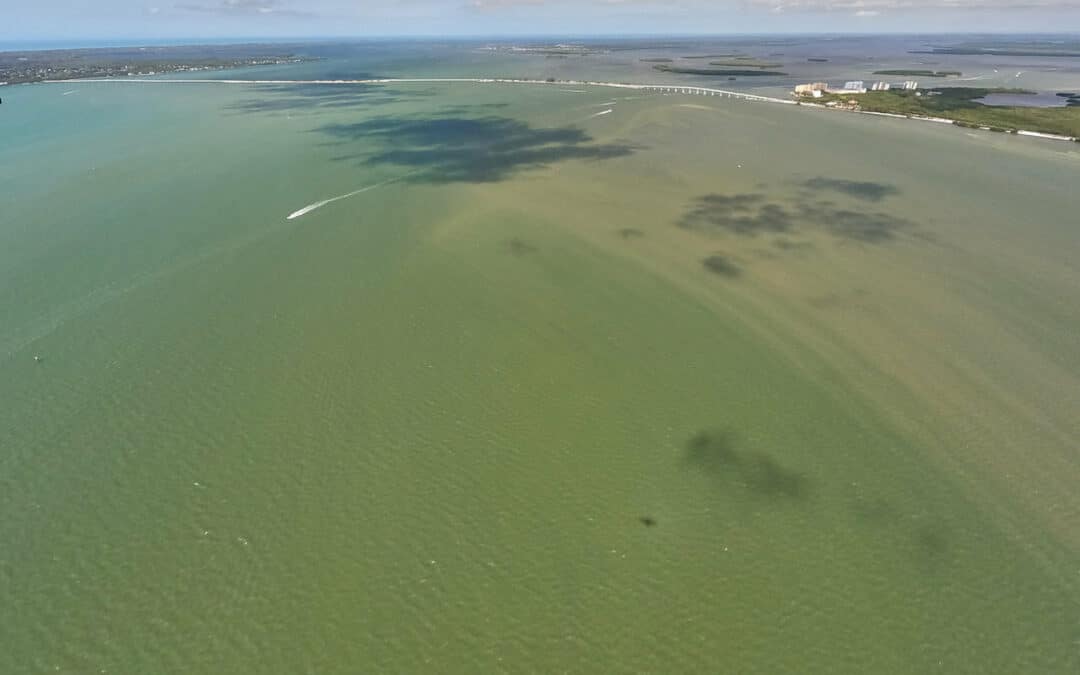 Originally published by The News-Press on March 21, 2022 by Amy Bennett Williams


Scientists are working to understand what’s staining water brownish to olive drab near Bunche Beach and the Sanibel Causeway in south Lee County where the Caloosahatchee River meets the Gulf of Mexico.

The question now: What’s causing them?

Answers could range from muddy water stirred up by a recent windy front to the start of a harmful algae bloom, scientists say. So far, they haven’t found the red tide microbe in nearby water specimens.

Calusa Waterkeeper John Cassani says he’s open to the idea that the weird-looking water could be turbidity caused by suspended particles, but he’s concerned about the streaks’ clearly defined borders in the photos, which are more characteristic of algae blooms.

“The edge of turbid water is not usually that defined and typically more diffuse. Last year about this time we saw similar blooms nearshore. My best guess until I can get a sample is a diatom bloom.”