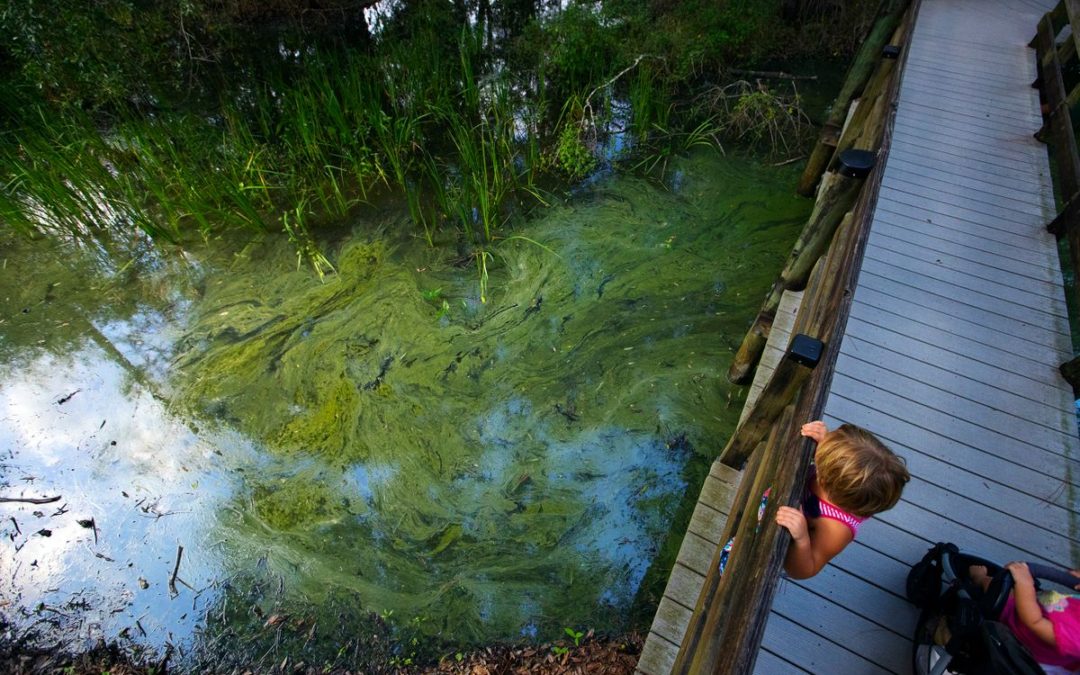 Originally published in The News-Press by Amy Bennett Williams on May 17, 2019


Six Mile Cypress Slough Preserve in Fort Myers is even greener than usual, as a floating layer of algae has appeared on the popular park’s Gator Lake and wetlands in its mitigation area.

Lee County spokesman Tim Engstrom said the algae is only in man-made water bodies and the mitigation areas. “No algae blooms have been observed in the interior of the slough,” he said.

Calusa Waterkeeper John Cassani also points out, “There’s some huge developments across the street and there’s also some development in the headwaters, so I’m guessing whatever algae bloom it is, it’s responding to the additional nutrient enrichment,” he said. “We’ve also had a lot of rain lately (and) that might have stimulated it.”