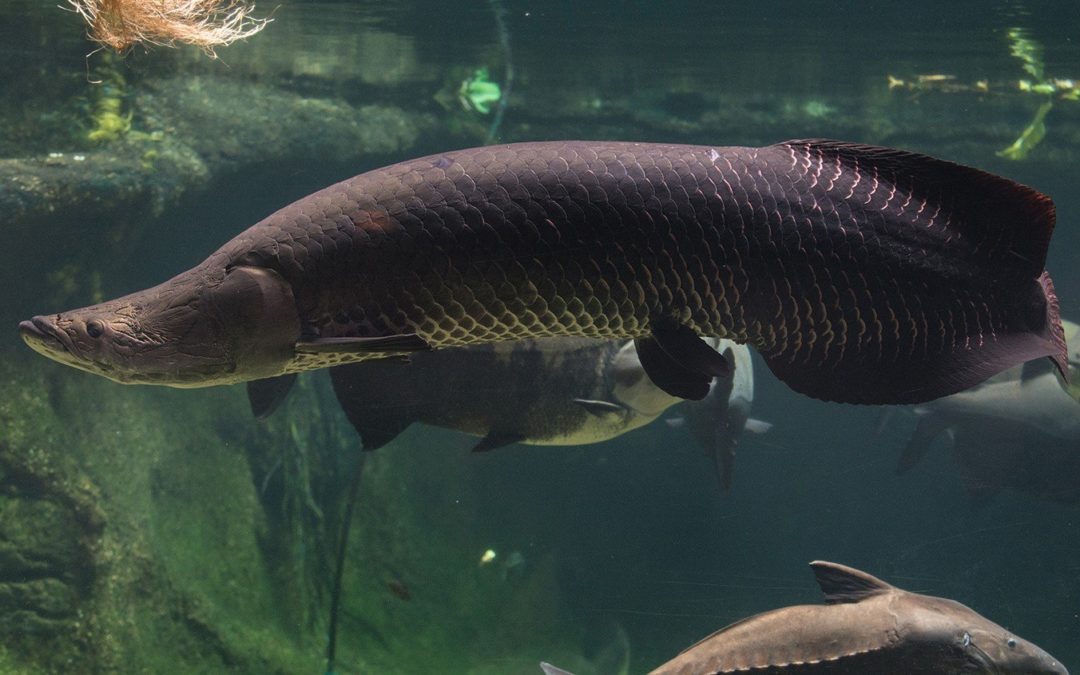 
What can grow up to 10 feet long, weigh 200 pounds and is armored like a tank? The Amazonian river monster, the Arapaima.

Over the weekend, a woman walking through Cape Coral’s Jaycee Park came across an enormous dead fish that puzzled her.

“It was bigger than my 7-year-old. I thought that is nothing I’ve ever seen before. It was kind of white with a pinkish tail.” said Leah Getts, from Cape Coral. “It had a huge kind of open bass looking kind of mouth. It didn’t look like anything I had heard of or seen before.”

The floating carcass still had a hook in its mouth, resembling nothing she’d ever seen, but it wasn’t long before sleuths on social media had figured it out.

That answer only brought more questions, like how a 5 and a half foot long amazon river predator ended up in the Caloosahatchee River.

“Considering what’s already here and established in Florida, nothing really surprises me too much anymore”, says John Cassani, an Ecologist for the Calusa Waterkeeper, who worries that the dead fish could mean there are more.