Battle Over Water and Public Health Returns to Florida Lawmakers 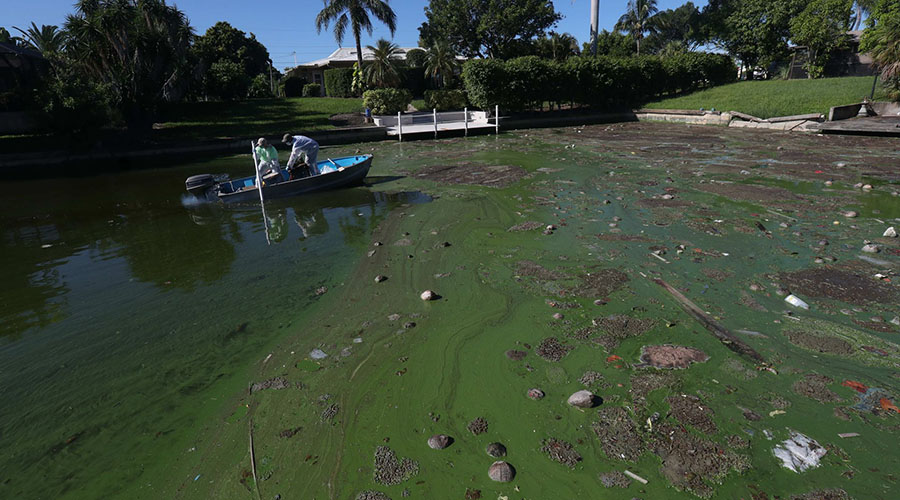 As seen in a News-Press OpEd submitted by John Cassani & Howard Simon, Calusa Waterkeeper, October 18, 2019
After the last prolonged outbreak of red tide and blue-green algae, it seemed every politician vowed to “do something.”

The spin from the last session was that the Florida Legislature produced “the most Everglades-friendly budget in Florida history.” And, yes, funds were budgeted for reservoirs and restoration projects to store and treat water and for research on red tide.

But, shockingly, the Legislature failed to enact any legislation addressing the sources of nutrient pollution that fuel toxic algae blooms, such as agri-business’ use of sewage sludge (biosolids) that seeps into the groundwater and water table, upgrading aging wastewater treatment plants, stormwater runoff and leaky septic tanks.

The Governor’s Blue-Green Algae Task Force has prepared initial recommendations for the Legislature in 2020, which will make it harder for lawmakers to evade their responsibility. The Task Force report sets the inescapable factual context: “increased delivery of nutrients to Florida’s water bodies is widely recognized as the primary driver of algal proliferation…” and the major sources of nutrients are “agricultural operations, wastewater treatment plants, onsite sewage disposal systems and urban stormwater runoff.”

In some areas, the Task Force was too timid, notably its failure to address agricultural use of sewage sludge (biosolids). Fortunately, the Governor has called for legislation to permit their use only in areas where it will not seep into lakes, rivers and the water table.

The Task Force calls on the Departments of Health and Environmental Protection “to implement a …comprehensive communication plan…to inform the public about the potential health impacts associated with exposure to algae and/or algal toxins.”

While an improved program to warn the public is sorely needed, the threat to public health from our water stems not only from algal toxins. Warnings are also needed to prevent exposure to other contaminants, including fecal indicator bacteria (FIB) caused largely by sewage spills.

Recalling the inadequate government response during the last outbreak, when it seemed that no government agency had the responsibility to warn the public, posting warning signs about health threats should be mandatory, not based on agency discretion or the competence of any administration. And that means a statutory requirement, supported by funding to accomplish the task – and that is the job of the Legislature.

The most disappointing section of the Task Force report is the too-brief comment on the impact of blue-green algae on public health. The Task Force calls for “more studies that address the acute and chronic health effects of exposure…to algal toxins.”

There already is sufficient evidence that exposure to blue-green algae is harmful to animal and human health to warrant warnings to keep away from water bodies affected by algal blooms. Cyanotoxins have been linked to non-alcoholic liver disease, and the BMAA toxin produced by blue-green algae has been linked to neurological diseases, including Alzheimer’s and ALS.

Warnings should recommend keeping away from water bodies affected by blue-green algal blooms by distances determined by on-going research based on aerosol studies.

Of course, more research is always needed, but it would be irresponsible for the Legislature to use this call for more study as an excuse to duck the need for action now. Scientists have been “studying the issue” around the world for many decades, and the starving of waterways of oxygen due to decaying algae continues to get worse.

Fundamentally, the government has a responsibility to protect public health while research continues to mount. We shouldn’t wait until untold numbers have developed fatal diseases from exposure to an environmental poison before taking action to reduce exposure.

Blue-green algae is not a natural disaster like a hurricane. It results from excess nutrients originating from agricultural use of sewage sludge, malfunctioning wastewater treatment plants, stormwater run-off, and septic tanks.

These are practices that can be reshaped by enhanced enforcement and new legal standards.

The Legislature cannot be allowed to shirk its responsibility (again) to address the water crisis that is threatening our health.

– John Cassani is the Calusa Waterkeeper.