Blue-Green Algae Bloom Covering more than Half of Lake Okeechobee 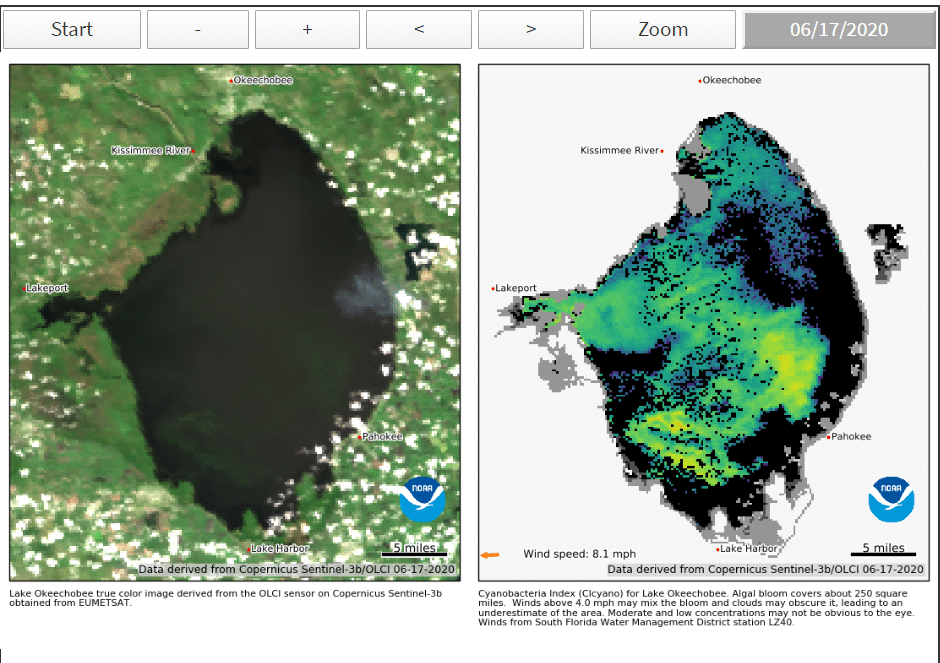 Originally published in The News-Press by Chad Gillis on June 19, 2020

A blue-green algae bloom has taken over more than half of Lake Okeechobee, the liquid heart of the historic Everglades.

Satellite photos show the 720-square-mile lake as being mostly covered with a green sheen.

“Based on the satellite imagery it looks like more than half of the lake has a bloom evident, so I’d estimate a 400-square-mile bloom,” said Calusa Waterkeeper John Cassani. “That’s a pretty big bloom.”

The fear is a tropical storm or hurricane will approach South Florida, possibly forcing the U.S. Army Corps of Engineers to lower lake levels before or after the storm sending water and the algae east and west.

The Caloosahatchee River to the west and St. Lucie River to the east were connected to Lake Okeechobee a century or so ago to drain the Everglades for farming and development, and today act as flood plains.