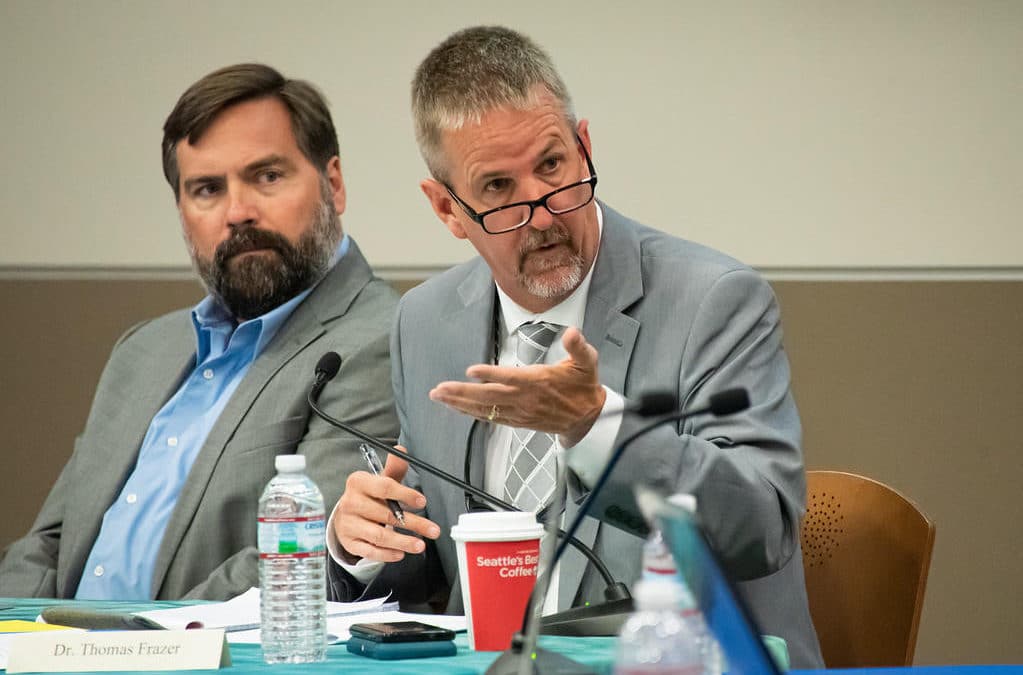 Originally published by TC Palm on April 20, 2022 by Max Chesnes

The five experts Gov. Ron DeSantis appointed to the panel in April 2019, who have over a century of shared experience, say lawmakers largely aren’t acting fast enough.

“So many of the issues Florida has right now are related to poor water quality and it’s not just algal blooms,” Sullivan said.

But in the nearly three years since the task force’s inception, only about “10% to 20%” of its recommendations have been fully adopted, said Mike Parsons, a task force member from Florida Gulf Coast University.

“Sometimes I wonder if any of the Legislature listens anymore,” Parsons said. “We’ve done a couple of virtual meetings, are they listening in? Or do they just ignore the whole process?”

Instead, lawmakers have opted for the “lower-hanging” fruit: Easy-to-approve changes that don’t need to go through a lengthy legislative process, such as improving collaboration and communication between state agencies and water managers, he said.

“(The water quality issues) haven’t gotten enough weight for enough people to sit around a table and come up with a bill that’ll get passed,” Parsons said. “Politically, it might be difficult. Some of this you have to do incrementally.”

Legislature Not Enforcing Rules as Law

The Legislature has not made some of the task force’s recommendations enforceable law, such as requiring periodic inspections of sewage treatment and disposal systems.

Task force members blamed these roadblocks: lack of political will; hesitance to approve expensive measures; and the complexity of interconnected waterways that people value for different reasons. Floridians rely on water for their work, play and drinking; plus, the health of aquatic plants and animals is an indicator of human health.

“I think we understand the problem,” said Wendy Graham, a task force member and director of the Water Institute at the University of Florida. “We have many of the regulatory programs needed to address the problem” but “it is not clear we are exercising them to the degree needed to solve the problem.”

Task force members acknowledged that solutions are expensive and could take years to implement, but said problems will worsen over time. Water pollution from farm fertilizers, for example, “are expected to be exacerbated” by regional land-use changes and increased rainfall and higher temperatures driven by climate change.

“Unfortunately, there’s no one-size-fits-all” solution, said Valerie Paul, a task force member and director of the Smithsonian Marine Station in Fort Pierce. “If this was easy, it would be solved already.”

The task force wants the state to require all farmers enroll in an honor system to reduce pollution from flowing off their land and maintain records showing they are implementing best management practices (BMPs), such as avoiding nutrient- heavy fertilizers.

A TCPalm investigation found hundreds of farmers around Lake Okeechobee ignored state warning letters to comply with BMPs, while millions of pounds of phosphorus were added to farmland. DEP says it doesn’t have enough data to enforce the rules.

“If you don’t have information, you can’t take action,” Parsons said. “The important thing is to stay objective. As scientists, (we) basically rely on the data. Do we have the best data streams? Have we identified potential solutions?”

“There are things the state needs to do to improve its water quality,” Sullivan said. “Why would I be happy if not all those things are done?”

BGATF: Progress Made is Not Enough

The Department of Environmental Protection (DEP), the agency the task force helps guide with its recommendations, defended the progress made by citing increases in funding, septic tank regulations and tracking of farmers’ fertilizer use.

The Clean Waterways Act the Legislature passed in 2020 is also a step in the right direction, Sullivan and Parsons said. Under the law, DEP makes rules based on the task force’s recommendations, said agency spokesperson Dee Ann Miller.

“We know there is more work to be done,” Miller said in a prepared statement to TCPalm. “We look forward to the continued support of the task force to ensure science figures prominently into (our) decision-making.”

The governor’s office did not answer TCPalm’s questions about the Legislature’s progress on his task force’s recommendations or DeSantis’ priorities, saying only that DEP’s response “stands for ours as well,” according to spokesperson Jared Williams.

The Legislature, Graham said, still needs to fund the staff and programs required to:

When it comes to cleaning up Florida’s waters, she said, “There are some major do-overs.”