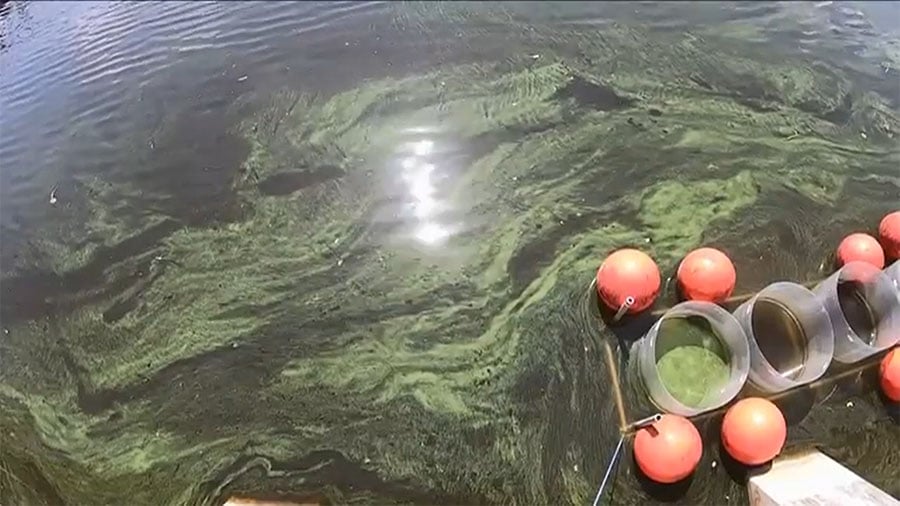 The governor’s office confirmed he received a briefing on an innovative technology treatment being used to combat blue green algal blooms. The treatment is performed by BlueGreen Water Technologies, a leading Israeli algae mitigation company.

South Florida Water Management District officials said the product they’ve been testing in the Caloosahatchee appears to work. They’re now a little more than a week into a test of Lake Guard Oxy on the water near the Franklin Lock.

Calusa Waterkeeper John Cassani expressed concerns about how the EPA-approved product is impacting the surrounding environment.

“The product is relatively benign, if used according to the label,” Cassani said.