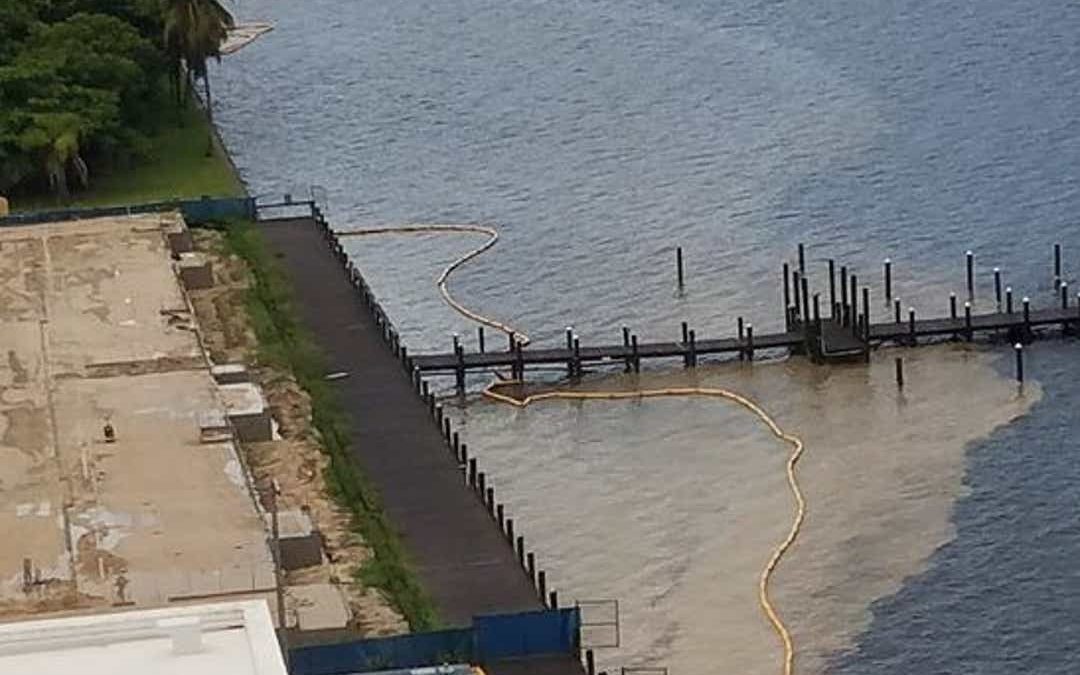 Originally published in The News-Press by Amy Bennett Williams on August 26, 2020

Construction has been stopped at the Silver Hills and City Walk projects after weekend rains sent a plume of dirty water washing into the river.

On Monday, the Florida Department of Environmental Protection fined City Walk $56,948.00 for violating clean water rules in June; action against Silver Hills is pending. Both developments are near West First Street, bounded by Altamont and Virginia avenues.

This isn’t the first time the developments have run afoul of the law. In June, the state agency put both projects on notice for sending a plume dirty water into the river toward the Gulf.

“Apparently the runoff containment methods are not working if the rainfall exceeds containment capacity,” Cassani said. “I don’t know if it’s an enforcement issue or human error kind of thing.”