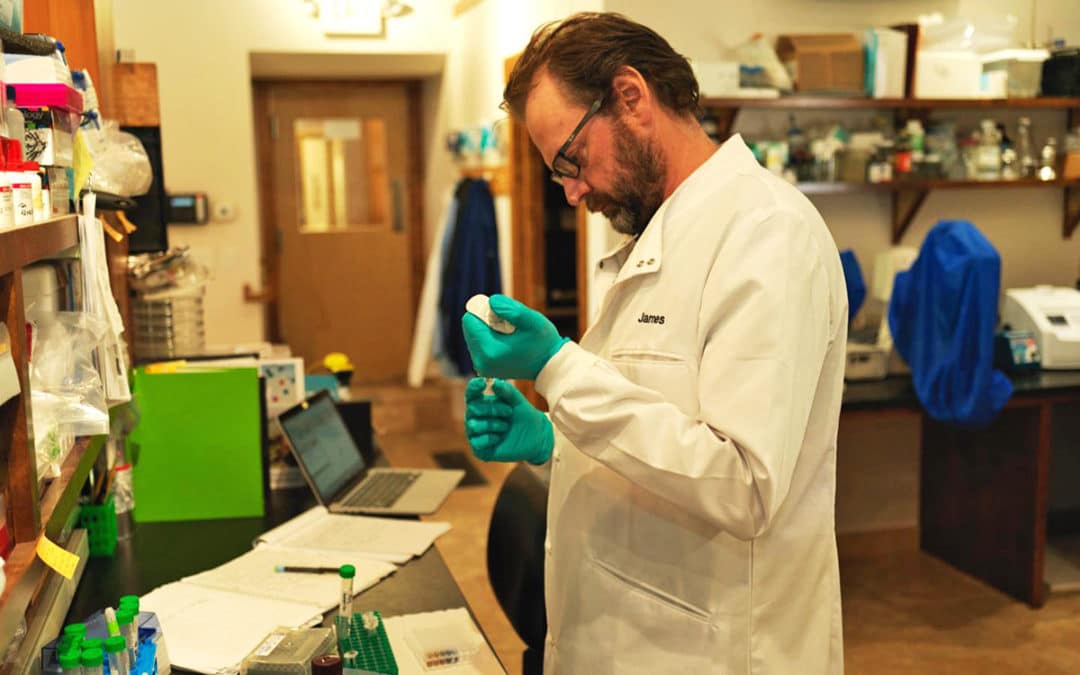 Originally published by EurekAlert! on July 20, 2020

In 2018, cyanobacteria from nutrient-rich waters in Lake Okeechobee were released down the Caloosahatchee river at the same time that red tides were gathering along the Florida west coast, potentially exposing coastal residents to a mixture of toxins. In 2018, releases of cyanobacterial-laden freshwater from Lake Okeechobee transported a large bloom of Microcystis cyanobacteria down the Caloosahatchee. Analysis of water samples showed high concentrations of microcystin-LR, sufficient to result in adverse human and animal health effects if ingested, based on the known toxicity of this cyanotoxin.

The microcystin liver toxin was being produced by Microcystis, while at the same time, potent neurotoxins called brevetoxin were released from the marine dinoflagellate Karenia brevis in the Gulf of Mexico. In addition, BMAA, a neurotoxin suspected of being linked to neurodegenerative diseases such as ALS and Alzheimer’s disease, was detected in samples of cyanobacteria, dinoflagellates, and diatoms along the Caloosahatchee and west coast. Furthermore, cyanobacterial mats collected on the west coast in 2019 also showed high concentrations of BMAA to be present. Together, these new findings highlight the potential for multiple, potentially toxic blooms to co-exist with unknown implications for human and animal health.

“We have been monitoring Florida waters for cyanobacterial toxins since the 2016 emergency release of Lake Okeechobee water down the St. Lucie River and the Caloosahatchee,” Dr. James Metcalf, first author and Senior Research Scientist at the Brain Chemistry Labs in Jackson Hole reported. “We are concerned that cyanobacterial releases from Lake Okeechobee down these two rivers continue to occur.”

Red tides have historically resulted in fish kills and seasonal respiratory irritation along the west coast of Florida, but this new discovery of multiple sources of cyanobacterial toxins occurring at the same time as red tides require further investigation, scientists say.

“Together with our colleagues at the Miami Brain Endowment Bank, we have found that chronic dietary exposure of laboratory animals to the cyanobacterial toxin BMAA triggers early Alzheimer’s and ALS neuropathology,” explains Dr. Paul Alan Cox, Director of the Brain Chemistry Labs, ” but we cannot predict the health impacts of chronic exposures to multiple toxins at the same time.”

This new research, co-authored with investigators at the Sanibel-Captiva Conservation Foundation and the Calusa Waterkeeper in Fort Myers, FL appeared this week in Neurotoxicity Research, as “Toxin Analysis of Freshwater Cyanobacterial and Marine Harmful Algal Blooms on the West Coast of Florida and Implications for Estuarine Environments”