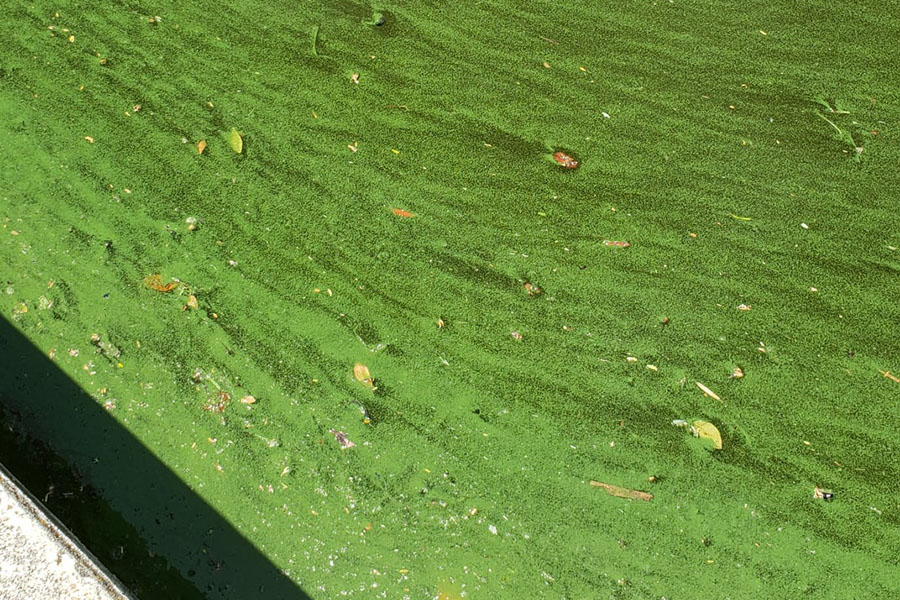 Originally released by the The Center for Biological Diversity on May 19, 2021 on behalf of the Center for Biological Diversity, Calusa Waterkeeper and the Sanibel Captiva Conservation Foundation (SCCF)
ST. PETERSBURG, Fla. (May 19, 2021) ― Conservation groups sent a letter today urging Florida officials to set water-quality standards for the harmful toxins in algal blooms that threaten the health of the state’s residents and wildlife.

The request comes after the Florida Department of Environmental Protection announced on May 5 that, even as a 500-square-mile algae bloom is spreading across Lake Okeechobee, it would not set legal limits on the cyanotoxins that make the blooms so harmful.

“To reduce the pollution we know is feeding Florida’s algae blooms, state regulators must set limits on toxic cyanobacteria,” said Jason Totoiu, a senior attorney at the Center for Biological Diversity. “The state’s failure to take this common-sense step and stop pollution at the source will leave human health, wildlife and our economy at risk, year after year. Its refusal to be rigorous about keeping our waters free from agricultural and municipal runoff also threatens to waste the hundreds of millions of taxpayer dollars already invested in water-storage projects that are critical to restoring the Everglades.”

Last week, in response to the growing algae bloom on Lake Okeechobee, 14 organizations including the Center, Sanibel-Captiva Conservation Foundation and Calusa Waterkeeper, called on Gov. Ron DeSantis to declare a state of emergency. But the governor has refused to do so.

In May 2019 the Center, Sanibel-Captiva Conservation Foundation and Calusa Waterkeeper petitioned the state to adopt pollution limits for the algae cyanotoxins, based on draft recommended criteria issued by the Environmental Protection Agency in 2016.

Florida regulators responded the following month that the state would consider establishing criteria during its triennial review of water-quality standards. But state officials recently indicated they do not intend to establish any criteria for these harmful pollutants. While they expressed concerns about how the EPA derived the final recommended criteria issued in 2019, they have not explained why the state cannot adopt the more protective criteria recommended by the EPA in 2016.

Florida’s lakes, rivers, springs and estuaries routinely have some of the nation’s worst algae blooms. Along with endangering public health and wildlife, the blooms cost local economies hundreds of millions of dollars.

The blooms stem from nutrient pollution from domestic, industrial and agricultural wastes and are worsened by climate change and water-management decisions. The governor’s Blue Green Algae Task force has recommended that the state adopt water-quality criteria for cyanotoxins. People and organizations across Florida have voiced their support for establishing the protective standards.

“It is unacceptable that the state is not willing to adopt numeric cyanotoxin standards,” said James Evans, environmental policy director at the Sanibel-Captiva Conservation Foundation. “The current cyanobacteria blooms in Lake Okeechobee and the Caloosahatchee and St. Lucie estuaries pose a significant risk to human health, wildlife, and our local economies and underscore the need for enforceable standards.”

“The state’s insistence that existing standards are adequate or protective contradicts the evidence that nutrient pollution, the underlying cause of harmful algal blooms, has become widespread and is increasing in Florida,” said John Cassani, Calusa Waterkeeper.

The Center for Biological Diversity is a national, nonprofit conservation organization with more than 1.7 million members and online activists dedicated to the protection of endangered species and wild places.

The mission of the Sanibel-Captiva Conservation Foundation is to protect and care for Southwest Florida’s coastal ecosystems.

The mission of the Calusa Waterkeeper is to protect and restore the Caloosahatchee River from Lake Okeechobee to the coastal waters.