Floridians Have the Right to Know if our Waters are Safe 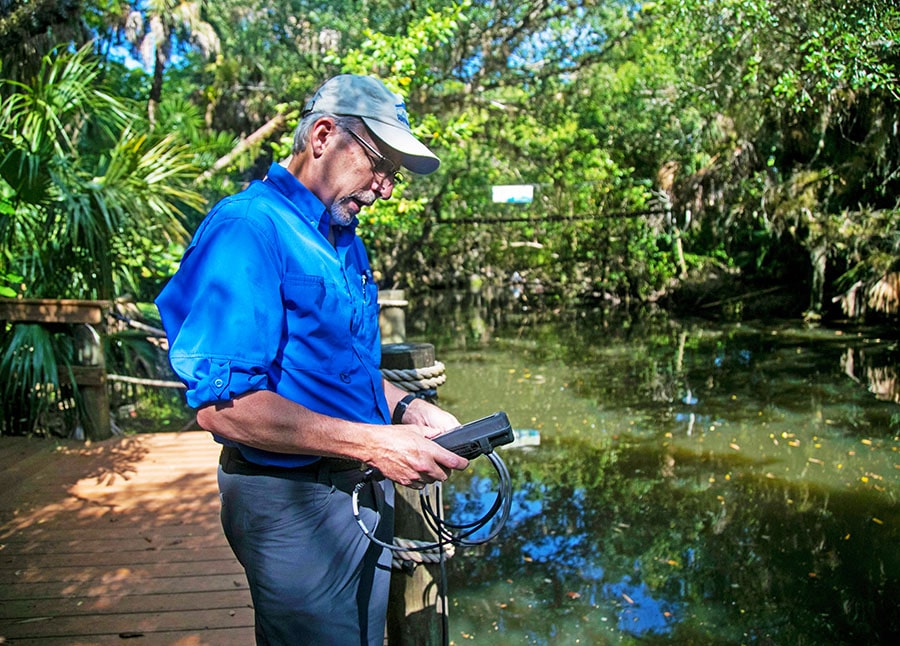 An Op-Ed written by John Cassani and originally published in The News-Press on March 10, 2021


For generations, Floridians have worshiped Florida’s iconic waters. They are likely the reason many people came to Florida, to swim, fish, paddle, ski, dive and enjoy all forms of watery recreation under sunny skies. Florida waters have always instilled some special recognition. As legend has it, Ponce de Leon, the 16th-century explorer, declared that he had discovered the mystical fountain of youth, in what is now Punta Gorda, Florida.

There is hardly a creek or river without a child’s swing rope, a dock without a dive platform or innertube that made lasting memories for Floridians. These memories bonded countless residents to the state’s waters and perhaps why waterfront living is so sought after.

The recreational value inherent to Florida’s waters cannot be underestimated. In recognition of recreation as an essential and long-standing value to residents, Florida has codified the term by statute and rule as an official designated use for most water bodies.

Unfortunately, something has gone terribly wrong over recent years. Fecal bacteria contamination of Florida waters has become widespread. Swimming or recreating in the water where levels of bacteria and other pathogens are high can make you sick. The most common outcomes are gastrointestinal illness, eye ailments, skin rashes, earache and infected cut.

According to information in the state’s water quality database, fecal bacteria are the most frequently occurring parameter causing verified impairment in many, if not most of Florida’s waters including some of the most popular waters for recreation. As southwest Florida examples, fecal bacteria represented 80 percent of all verified impairments in Manatee County, 69 percent in Hillsborough, 62 percent in Sarasota and 49 percent in Lee.

When was the last time you saw a sign posted near a public access point warning the public of fecal bacteria contamination at a waterway other than at a coastal beach? Florida officials especially those at the Florida Department of Health (FDOH), have kept this issue under the radar for too long and the likely reason, in a tourist-driven economy, is not hard to figure out. Is tourism more important than your health? Ironically, most Floridians agree that clean water is vital to the state’s economy.

A recent case exemplifies the issue. At a Lee County park on Matlacha Pass, an Outstanding Florida Water, bacteria levels are at times well above what FDOH uses to close a coastal beach. Residents at the Park are often seen wading, paddling, fishing and swimming in the waters and are warned by a sign that says no lifeguard on duty, inferring that swimming is a popular activity there. School children attend the site and wade in the water to learn about nature. But, both FDOH and Lee County refuse to routinely monitor for fecal bacteria claiming Matlacha Pass is not designated for swimming.

Not designated for swimming. Think about that for a moment. Matlacha Pass, like many of Florida waters has its official designated use as recreation that could include swimming. Is there an official list somewhere that identifies Florida waters that are not designated for swimming? If fecal bacteria contamination is often the most frequent parameter causing verified impairment by FDEP, then why aren’t there signs warning the public of the risk?

FDOH representatives have claimed that they are not required to monitor or post signs about bacteria contamination other than at coastal beaches even though their mission states that they are to protect all people in Florida. If monitoring data for fecal bacteria is already being compiled by FDEP, then why wouldn’t FDOH respond to those data with signs on-site to protect the public when bacteria levels are too high?

We can work together to restore Florida’s waters and their recreational legacy but until then warning signs could protect the public from risky conditions.

Call your state representatives and local officials today and tell them that the public has the right to know if Florida waters are safe for recreation.

View this Article in The News-Press