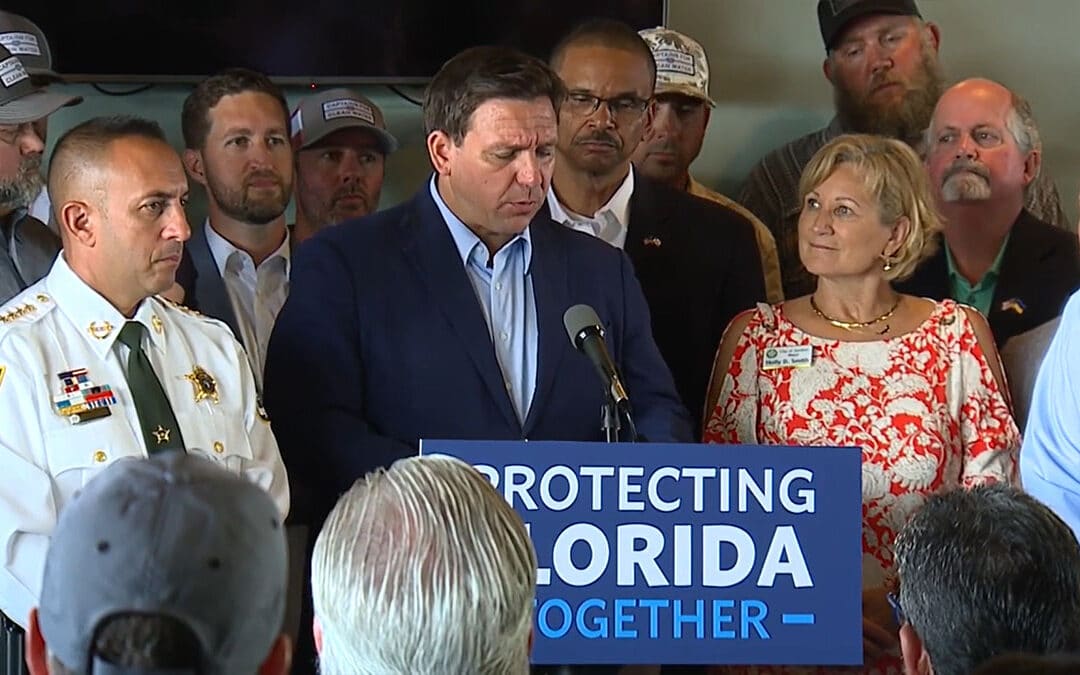 The governor made the announcement inside Doc Ford’s Rum Bar & Grille on Fisherman’s Wharf.

Wastewater and sewer-to-septic conversion funding is included in the spend, as well as stormwater projects, springwater restoration support, and alternative water supply projects.

Continued funding will be allocated for red-tide and toxic algae bloom mitigation programs and research.

DeSantis also announced he vetoed Senate Bill 2508 which would have affected the Lake Okeechobee management system. According to a petition written by the Calusa Waterkeeper, there were “harmful elements” of the bill, including an allowance for the Department of Agriculture to buy conservation land outright, which they said would compete with the Florida Forever land acquisition program.