Harmul Bacteria Seems to be New Normal in Water 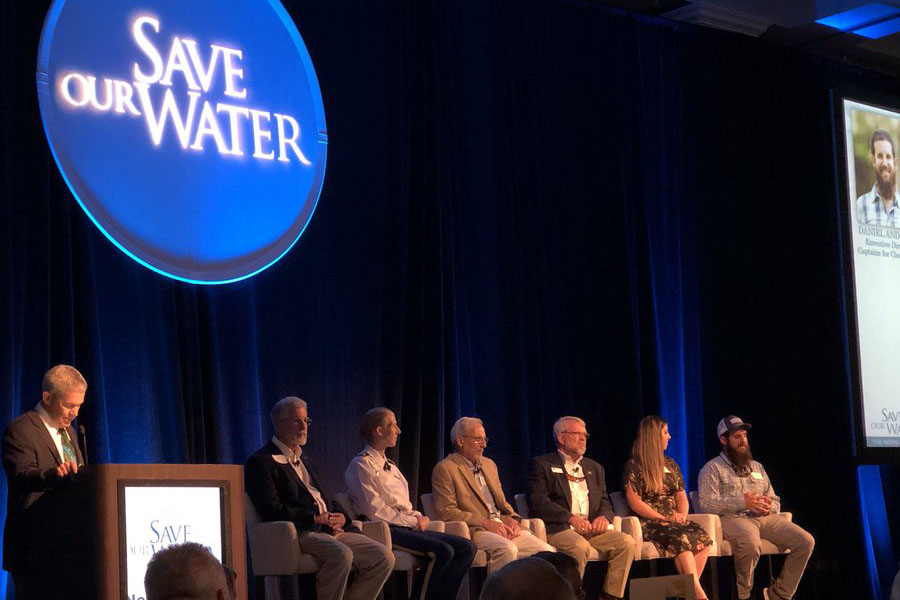 As seen in a News-Press OpEd submitted by John Cassani, Calusa Waterkeeper, May 16, 2018
The recent Save Our Water summit, hosted by The News-Press, had many positives with the conclusion that we should continue to have hope that our waters can be restored.

A crowd of about 400 heard informative presentations. Updates on the latest restoration plans and projects were a big plus. The News-Press demonstrated leadership and a real commitment to our community.

But after listening to some panelists answer questions from the moderator, I was left with some lingering concerns. The federal government representative, Lt. Col. Jennifer Reynolds of the Army Corps of Engineers, said that harmful algal blooms (HABs) in Lake Okeechobee were “natural,” caused by nutrients and that the lake bloom in 2016 did not cause the huge downstream bloom that resulted in a state of emergency in three counties.

Without any further context, that may be accurate, but it left me and perhaps others thinking this was the wrong message. This is like saying cancer and Alzheimer’s disease, both of which are linked to HABs, are “normal” or “natural.”

The frequency, duration and intensity of cyanobacteria HABs is increasing in Florida and across the U.S. Increased nutrient enrichment and a warming climate fuel HAB growth.

In this regard, all the conference participants can agree that increased nutrients pose environmental, economic and health risks. Stakeholders disagree, however, as to how to mitigate the nutrient problem and the time line for action. I argue that in light of the significant health risks posed by the potent toxins in HABs that we must take quick action.

There is growing evidence that cyanotoxins stemming from HABs can cause acute liver disease and cancer. Cyanotoxins have also been linked to neurodegenerative diseases like Alzheimer’s, Parkinson’s, and ALS.

Direct causal effect in humans remains unclear but peer reviewed research has demonstrated a significantly increased risk of non-alcoholic liver cancer for residents within the service area of a surface water treatment plant in Florida as compared to persons living in contiguous areas. A similar incidence of disease in Florida was not seen in randomly selected ground water treatment service areas.

A 12-year Ohio State University study, published in 2015, found the death rate in Martin, St. Lucie, Indian River and Okeechobee counties from non-alcoholic liver disease to be nearly twice as high as the national rate. Environmental toxins associated with cyanobacteria have been identified in the Caloosahatchee. A study by Dr. Brand from the University of Miami found the cyanobacteria toxin BMAA in fish and shellfish from the Caloosahatchee. BMAA has been linked to neurodegenerative diseases and documented recently in an animal model.

Experts, especially government regulators, need to exercise care when they characterize environmental problems. Context can prove as important as the message itself especially when human health is at risk.

To me, this may mean something different than “normal” or “natural.” And unfortunately, given the increasing prevalence of HABs, they are becoming the new “normal.”