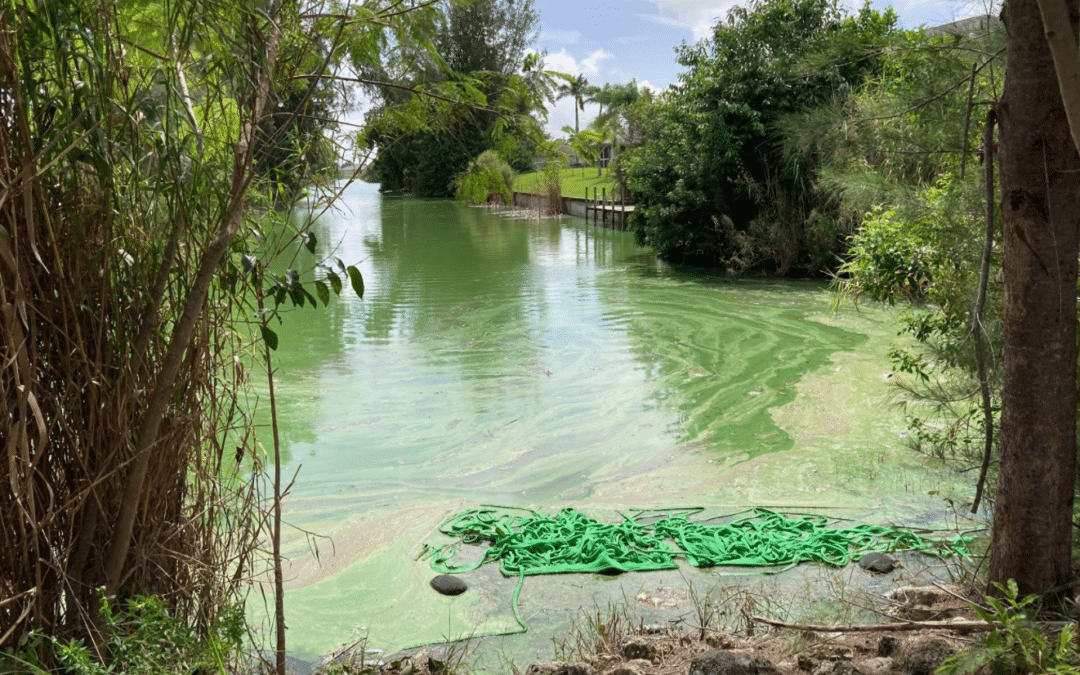 Originally published in The News-Press by Amy Bennett Williams on August 28, 2020

Green Cape Coral canals have become as predictable as the summer rains, and this year is no exception.

But while stagnant city waterways may be nothing new, the health department speaking up about it is. In the past week the Florida Department of Health in Lee County has sent out three email blasts warning of algae in three of the city’s 400 miles of canals: Makai, Highlander and Boris.

All have visible blooms of cyanobacteria, also called blue-green algae, naturally occurring microorganisms that can photosynthesize, as plants do. Overgrowth can cause problems ranging from obnoxious stench to dangerous toxicity. Some varieties have been linked to serious visible health problems, including liver and neurodegenerative diseases. Children and pets are more vulnerable, so keeping them away from the water during a bloom is especially important, the health department warns.

Such communication is a long time coming, said Calusa Waterkeeper John Cassani. His nonprofit has been urging government bodies to adopt water quality standards and post advisories for cyanotoxins.

“Currently there appears to be no legal basis in Florida to enforce guidelines for warning the public of health risk from cyanobacteria,” he said. “(We) think there should be an enforceable basis to require FDOH to issue warnings to the public. Additionally, DEP has not adopted water quality standards enforceable by the Clean Water Act that would protect the designated use of ‘recreation’ for state waters.” The state’s new Blue-Green Algae Task Force also has called for adopting standards for water quality, but “It won’t be a victory until there is an enforceable basis to require FDOH to do what is needed to protect the public,” Cassani said.