How Much Algae Toxin is too Much? Environmental Groups Urge EPA to Adopt Stricter Guidelines for Recreational Exposure 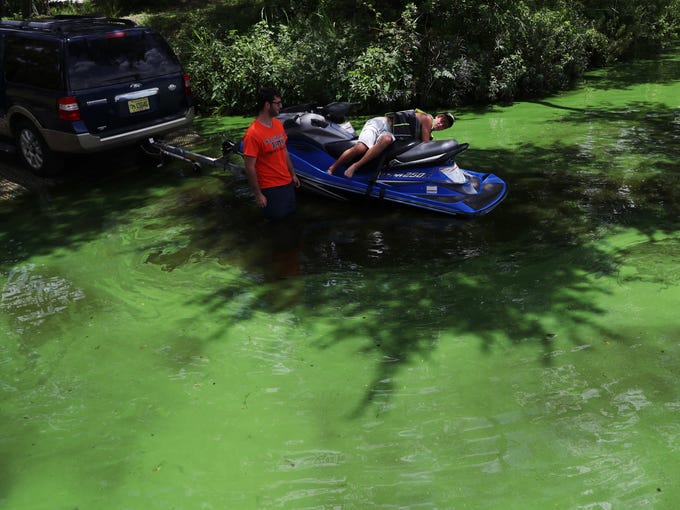 Originally published in The News-Press by Amy Bennett Williams on May 23, 2019

The federal agency offered threshold recommendations for how much is too much exposure to two common cyanotoxins – the substances released by cyanobacteria, commonly called blue-green algae.

Instead, three environmental nonprofits today are petitioning the Florida Department of Environmental Protection to adopt the EPA’s 2016 recommendations.

The advisories cover water used for recreation and swimming; drinking water has its own set of safety limits.

At issue are the levels of two deadly algal toxins: the potential carcinogen microcystin, which Calusa Waterkeeper John Cassani calls “a horrendously potent toxin” and cylindrospermopsin. Both can be produced in the blooms that have plagued the state’s waters in recent years.