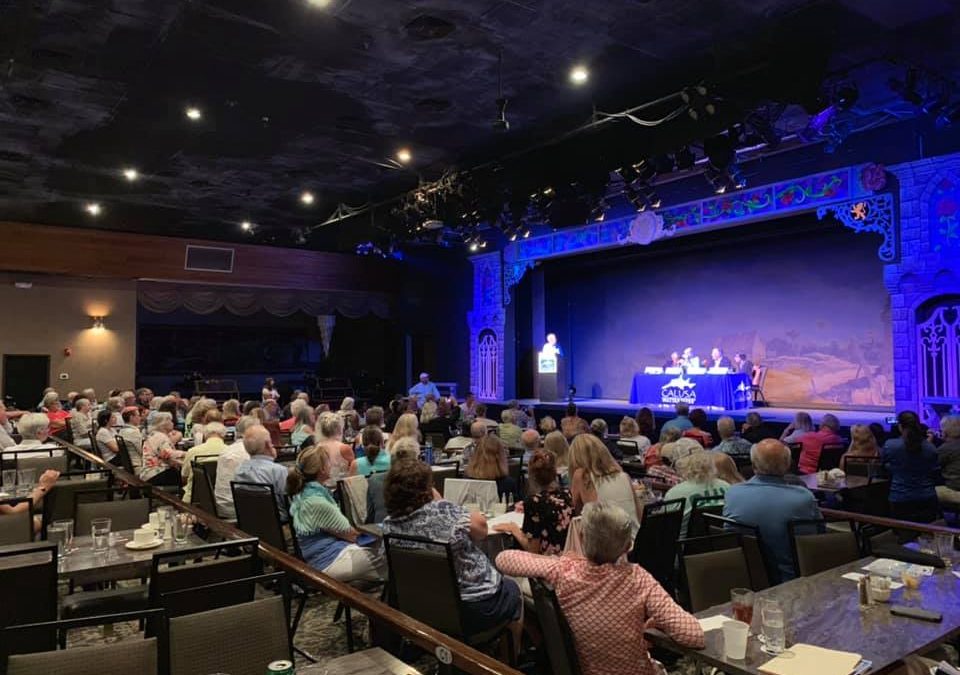 Originally published in The News-Press by Amy Bennett Williams on June 25, 2019

As he took the stage at Broadway Palm Dinner Theatre in Fort Myers on Monday night, Waterkeeper John Cassani gave the nearly 300-member crowd some news: The Florida Department of Environmental Protection will begin considering safety standards for harmful algae toxins as it makes rules in the future, as the nonprofit and the Center for Biological Diversity had petitioned the agency to do.

It’s not a done deal, but even advancing the idea that far felt like a win to a group that’s been battling to get the potential dangers of harmful blooms taken seriously by the government.