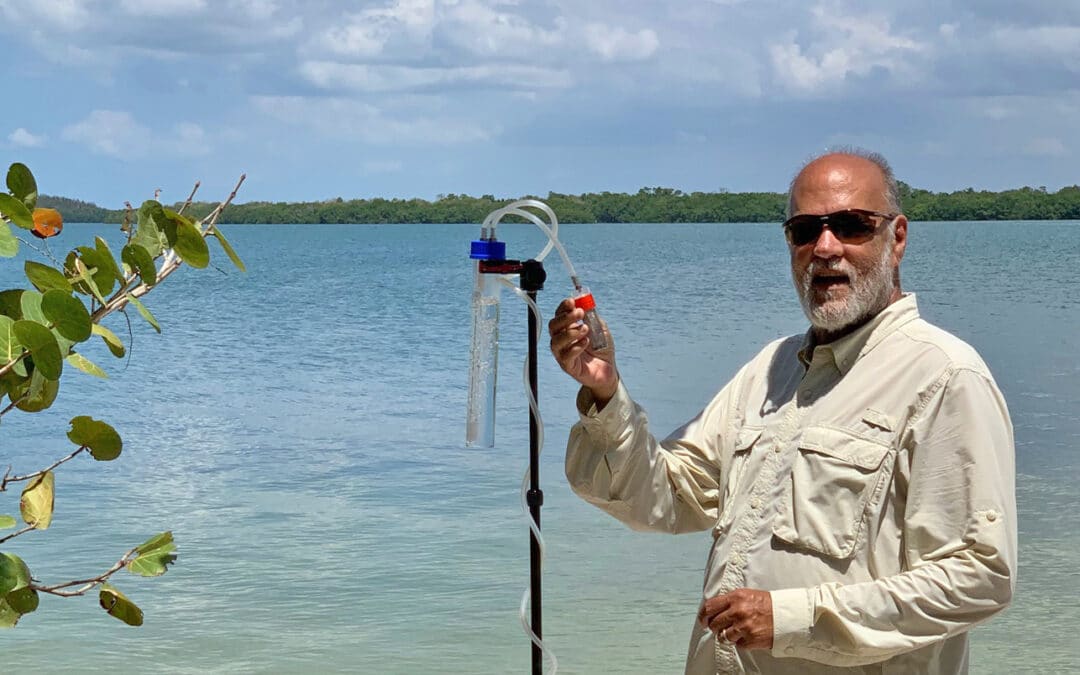 After pioneering a new monitoring device and releasing initial results, Calusa Waterkeeper board member Manuel Aparicio IV, PhD, will be presenting a workshop, “Airborne HAB Monitoring” about this ground-breaking research at the Waterkeeper Alliance Global Conference in Washington D.C. on June 11, 2022.

The Airborne Detection for Algae Monitoring (ADAM) was designed from scratch by Aparicio and several other Calusa Waterkeeper volunteers to monitor airborne toxins related to harmful algal blooms. In 2021, the Calusa Waterkeeper (CWK) research team monitored eight locations in Lee County, Florida and over 950 separate analyses were performed on the samples by Brain Chemistry Labs.
Results from the initial sampling period showed detection of toxins in both water and airborne samples. While most samples resulted in no detection for the eight toxins monitored, airborne toxins were detected at two sites, and BMAA and two related isomers were found across all sites. Most of the initial results from this study represent relatively low concentrations of airborne toxins as compared to those typically occurring in water, but at least one research publication concludes that inhalation exposure of HAB toxins have a 10x increase in availability and toxicity compared to ingestion. 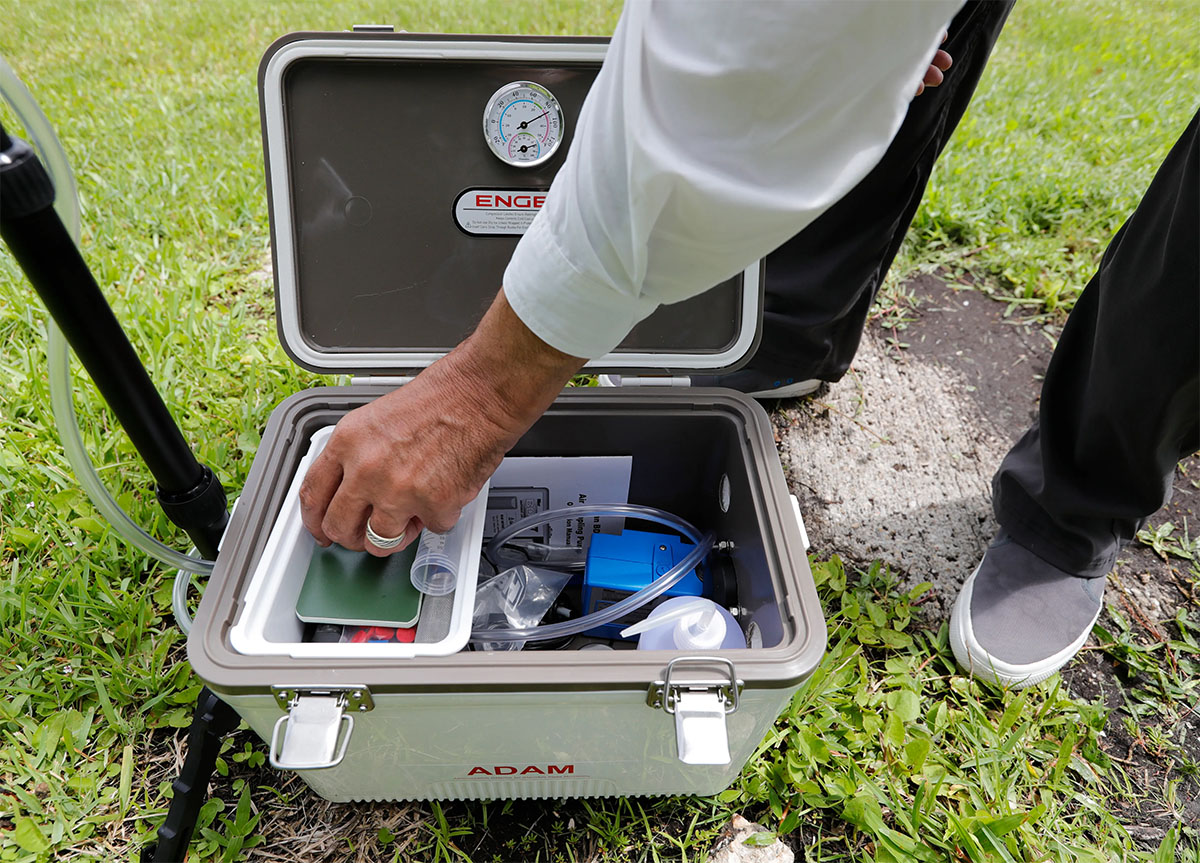 Components of the ADAM aerosol sampler fit in a compact high-performance cooler
Acknowledging this is cutting edge research that will take more time and testing to fully interpret, the research team has been very careful in framing their findings. “Airborne research of HAB toxins is a relatively new field and we are at the forefront of trying to collect aerosolized samples. No authorities have established what the airborne exposure risk is,” warns Calusa Waterkeeper John Cassani. Aparicio points out that the initial round of testing took place during a time of very low HAB activity, so the team is optimistic that the data will provide a good baseline for future monitoring during bloom events.
Five ADAM devices have been built to-date and the organization is now fielding requests from other interested parties to obtain this new monitoring tool. The Calusa Waterkeeper board is weighing patenting the ADAM design but also allowing it to be replicated under a CERN Open Hardware License, so other researchers can build their own. This week’s seminar in D.C. is one of the first steps in sharing the team’s experience and license with other Waterkeepers from around the world.
Calusa Waterkeeper is planning additional monitoring in 2022 throughout our project area, including near Lake Okeechobee. If you would like to help support this monitoring and research, please consider making a tax deductible contribution today.
More background:
(May 2 Press Release) Collaborative Research on Airborne Toxins from Harmful Algal Blooms in Southwest Florida

Learn more about the ADAM project