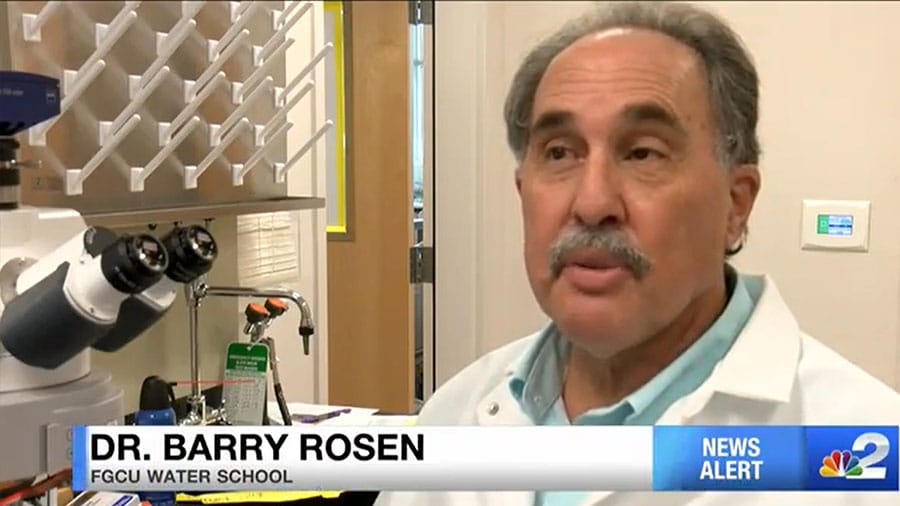 They said the images show runoff from recent rains and are indicative of why the bay is considered ecologically “impaired”.

“Every one of the tributaries to the bay is verified for some type of pollutant,” said John Cassani from the Calusa Waterkeeper. “That brown plume of water that is flowing out of Big Carlos Pass is coming out of Estero Bay…”

The brown seen in that water is likely what experts call “tannins” or organic material that has dissolved in the water from runoff. But with that also comes invisible nutrients, like phosphorus and nitrogen that can be used as fuel for harmful algae like Red Tide.

On Friday, FGCU’s Water School put a sample of the water under a microscope. They found multiple kinds of algae, meaning they were being fed by that same nutrients.

“It’s just a question of extra nutrients that man would put in to keep it growing,” said Dr. Barry Rosen from FGCU.

Now that Red Tide has begun popping up along Lee County’s shores, John Cassani said plumes like these are a sign of worsening blooms to come.