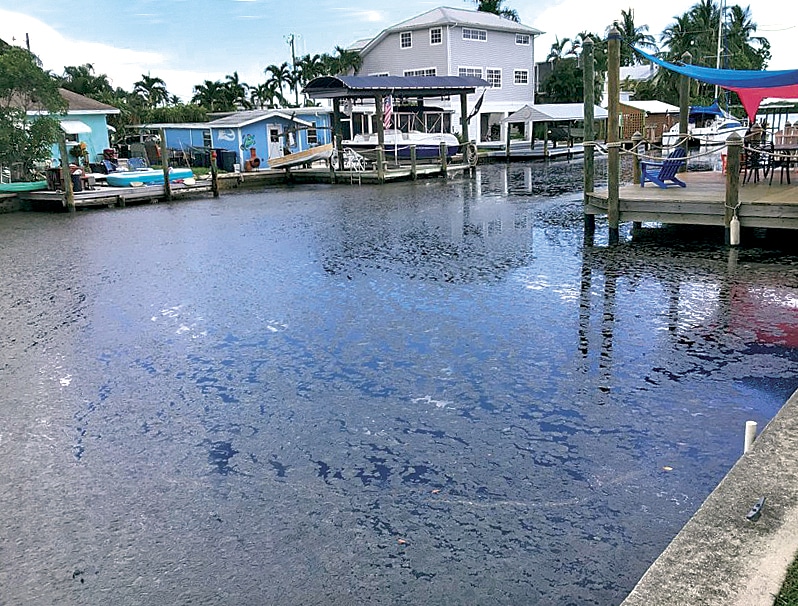 
Waterkeeper Ranger Sue Dahod, facilitator of the Pine Island Algae Bloom Task Force, provided an update on the condition of the water in Matlacha, at the group’s meeting Aug. 10.

There is floating mat algae, she said, dispersed in some places, and fairly thick in other places.

She and Waterkeeper John Cassani took a water sample in June and identified it primarily as Blue-Green Algae. That sample, she said, was also positive for low levels of Saxitoxin.

“This is sort of what we’ve been seeing historically as well as currently,” Dahod said.

“Although we are seeing intermittent mat algae, we are not currently seeing the really severe fish kills that were present last summer,” she said, adding that present conditions are not catastrophic, but they’re not great either.

Cassani cleared up possible confusion regarding the risk profile for fecal bacteria test results explaining that they are not linear, but logarithmic.