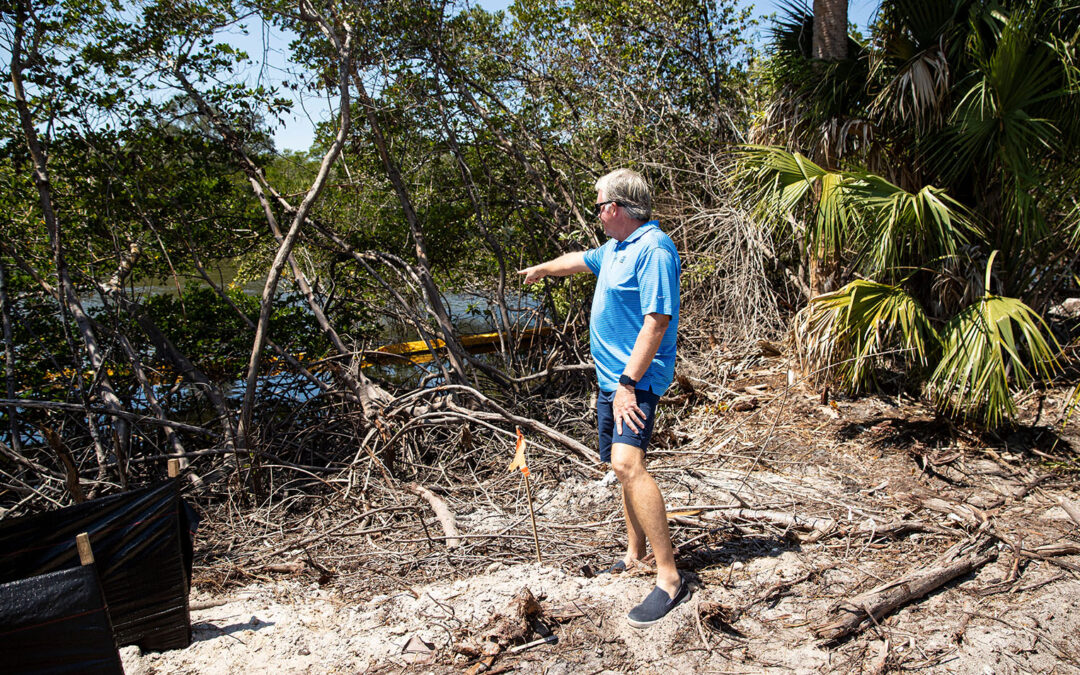 Originally published by The News-Press on April 1, 2022 by Amy Bennett Williams


As an on-again, off-again project near San Carlos Island moves into its next phase, neighbors are crying foul, and the state environmental agency is promising an inspector’s visit.

Residents fear new work on Siesta Isles will endanger their homes as it uproots resident wildlife, along with the sheltering fringe of coastal forest that neighbor Monica Lynn calls “a very special place.”

In progress for more than half a century, work is ramping up again, to the dismay of nearby residents like Terry Carlson and Lynn.

“Not since the 60’s or 70’s has anything like this been done,” said Carlson who lives across from the ongoing mangrove clearing. “The impact to the environment is enormous.”

Plus, something is creating what Calusa Waterkeeper John Cassani calls “probably the most blatant and extensive construction turbidity violation I have ever seen in such an environmentally sensitive area.”