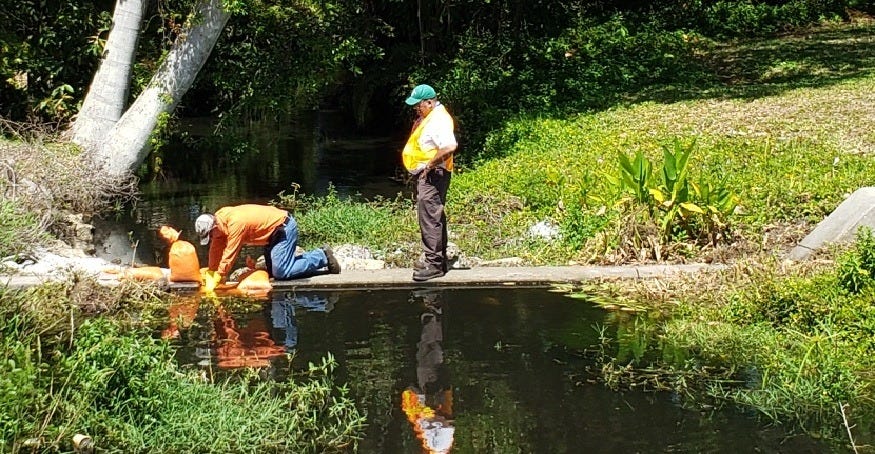 Originally published in The News-Press by Amy Bennett Williams on March 19, 2020


With its historic homes and royal palm-lined streets, the McGregor Boulevard neighborhood through which Manuels Branch meanders typifies old Fort Myers graciousness. That is, until you take a breath when the wind is right – or wrong – and catch a distinct whiff of what some characterize as “Eau de porta-potty.”

But not just any porta-potty, says resident Paige Rausch – one long overdue to be emptied that’s been in the heat way too long – “seriously pungent,” she says.

Rausch, who went to nearby Fort Myers High School, walks her dog Oliver along the creek most afternoons. After the spill, she was dismayed to see that its normally tannin-dark water had turned inky and opaque after the spill and shot some video. “And there was this weird, funky film on top of the water along the banks where the vegetation catches it,” Rausch said. “Just yuck.”

For about a year, Calusa Waterkeeper John Cassani has been wondering why fecal bacteria readings in water samples he’s taken from the Caloosahatchee tributary have been “off the charts.”

Now he thinks he knows why. What appears to be a chronic slow leak in Fort Myers sewage lines turned into a gusher at the city’s lift station No. 5 earlier this week at the intersection of U.S. 41 and Canal Street.