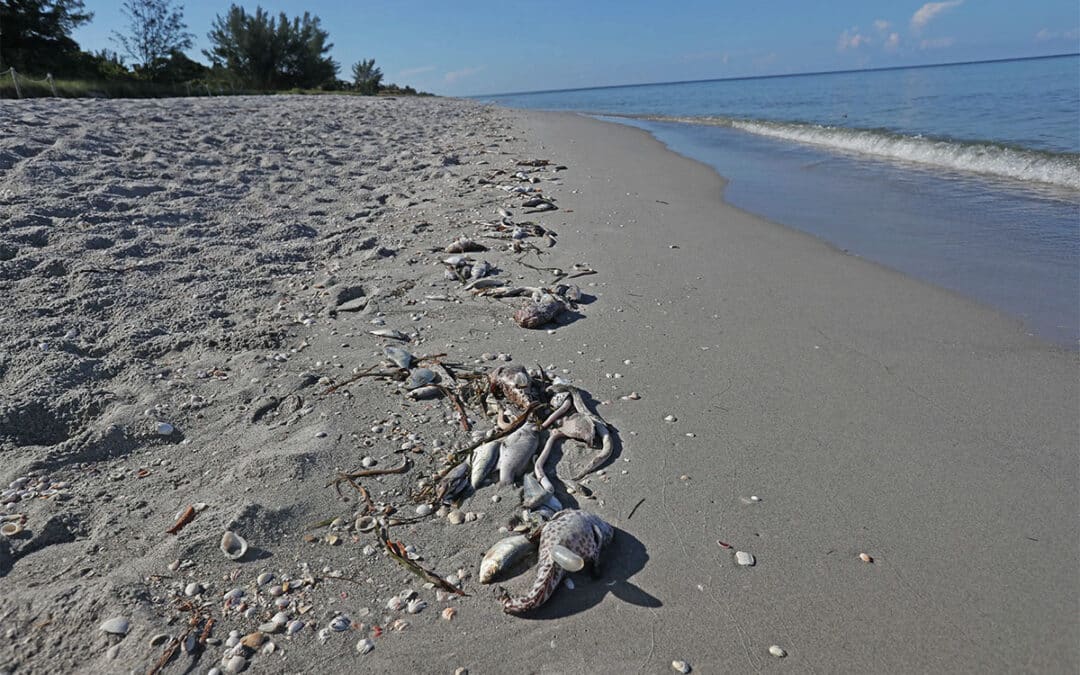 Originally published by The News-Press on August 17, 2022 by Amy Bennett Williams

Eating red tide-tainted seafood has long been known to make people sick, just as being near water with blooms can cause sneezing, coughing and a raw-feeling throat, but this is the first time published, peer-reviewed research has suggested toxins produced by the saltwater algae can trigger brain and nervous system illness in some people.

Red tide blooms are caused by the saltwater microorganism Karenia brevis. In high enough concentrations, they can stain the water a rusty auburn, devastating wildlife and the economy, as happened In 2018, when a bloom coupled with inland cyanobacteria lingered for months.

“It’s not surprising that a potent neurotoxin like brevetoxin could have neurological effects on people and that chronic inhalation exposure can lead to more symptoms similar to neurotoxic shellfish poisoning,” Calusa Waterkeeper John Cassani wrote in an email. “During our 2018 study by James Metcalf and collaborators, we also detected the neurotoxin BMAA and two of its isomers in the water. Our recent study of aerosolized cyanotoxins also resulted in the detection of BMAA and two of its isomers. So it is possible to have exposure to multiple neurotoxins through inhalation during major red tide blooms.”