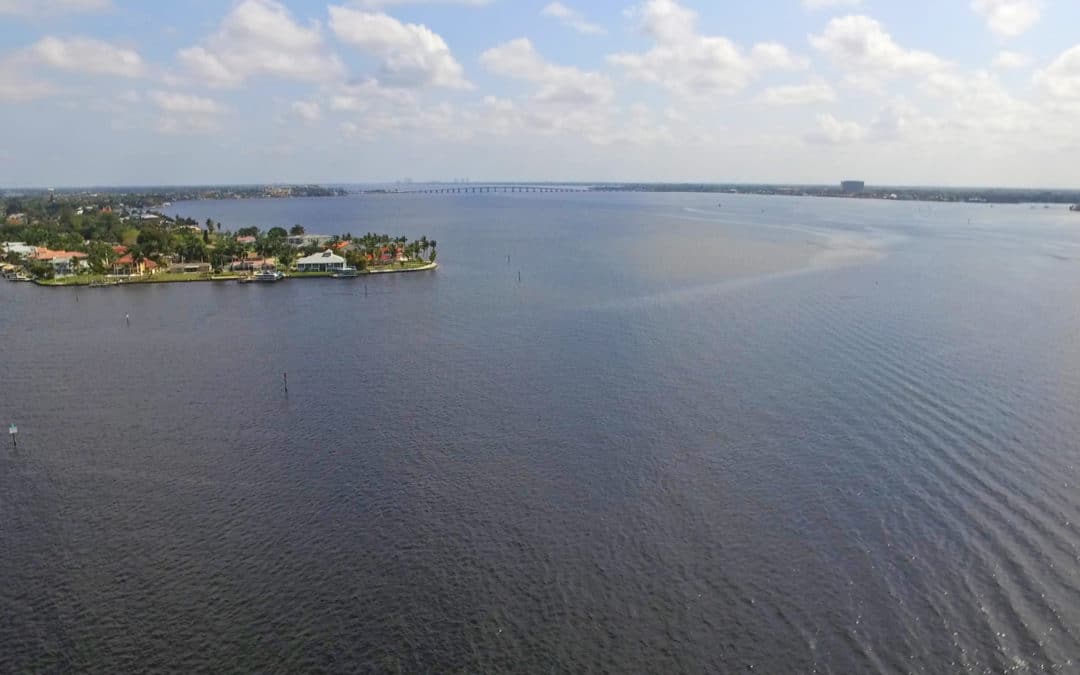 Originally published by The News-Press on November 26, 2021 by Chad Gillis

Caloosahatchee River flows are looking good at a time when algae is absent from the entire system, and other health indicators seem promising as the region transitions into the brunt of the dry season.

The U.S. Army Corps of Engineers is releasing just over 2,000 cubic feet per second at the W.P. Franklin Lock in Alva, and about half of that water is local basin runoff, according to Army Corps records.

“I think 2,000 (cubic feet per seconds) is fine,” said Calusa Waterkeeper John Cassani. “(The Corps) is just trying to keep that salinity envelop where it needs to be before it gets really dry. That’s important.”

Cassani said the river and its estuary begin to suffer once flows are in the 500 to 600 cubic feet per second or less for an extended period of time.

“It’s about keeping the salinity in the healthy range,” Cassani said.

The basin stretches from the western shores of Lake Okeechobee to San Carlos Bay and the Gulf of Mexico.