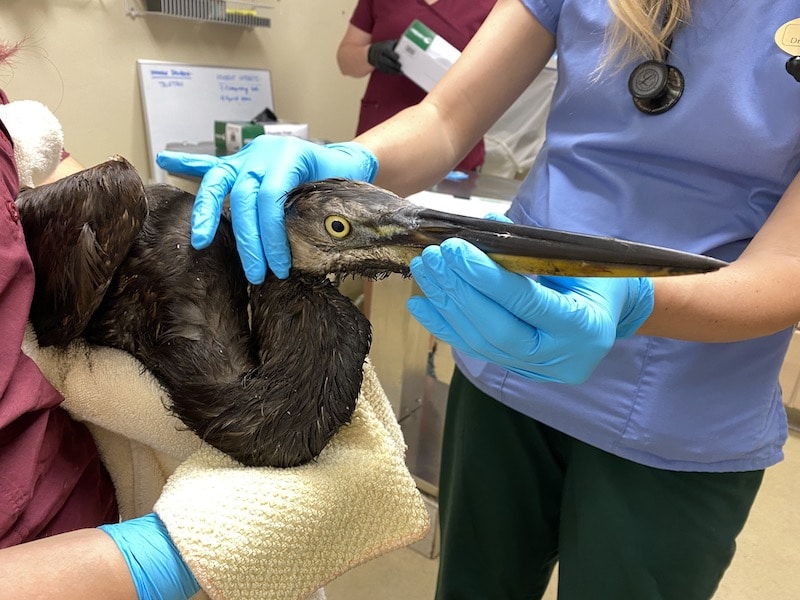 A great blue heron was “very lucky to be found” after he was discovered last week at Bowditch Point Park covered in oil, said Clinic for the Rehabilitation of Wildlife (CROW) rehab manager Breanna Frankel.

After a week of rehabilitation, including multiple baths to wash out the oil and peel it off, the bird was released on Saturday morning at Bunche Beach Preserve by CROW.

Robert Howell, a volunteer for CROW and a naturalist at Pink Shell Resort (as well as a Calusa Waterkeeper ranger) said he was called out to Bowditch Point Park on Oct. 2 to rescue the bird after a runner spotted him near the restrooms.

“It had to have been done very close to hear,” he said. Howell found the bird rubbing against a railing at the restrooms. He was unable to fly due to the amount of oil covering his feathers.