Our Most Valuable Waters are Under Siege 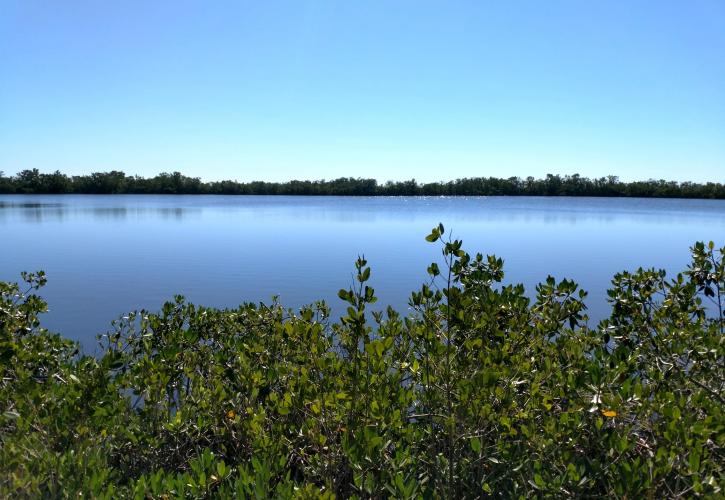 As seen in a Naples Daily News Op-Ed submitted by John Cassani, Calusa Waterkeeper
For the first time in over 20 years of monitoring, FDEP has declared Estero Bay impaired for nutrient pollution in 2019. The shock effect of hearing that water quality is in crisis does not seem to have the same impact after recent massive algal blooms and red tide until you realize that many of the Florida waters impaired are iconic waters of national significance that, ironically, are subject to the most regulatory protection.

Estero Bay, having a rich cultural and environmental history, was declared the first state aquatic preserve in 1966 and Florida legislators wisely designated the Bay as an Outstanding Florida Water (OFW) in 1986 and its tributaries in 1990.

OFW designation, meant to prevent impairment, is supposed to provide a higher level of regulatory scrutiny when applications are made for development that discharge to these specially protected waters.

However, relentless growth has not only caused impairment of Estero Bay but also to the Bay’s OFW tributaries resulting in a verified impaired status for fecal bacteria with an added “high priority” for restoration by FDEP in 2019.

Another infamous example is Matlacha Pass, designated as not only a state aquatic preserve in 1972 but an OFW in 1994 and as a national wildlife refuge by President Theodore Roosevelt in 1908. Unfortunately, in 2015, Matlacha Pass was determined by FDEP to be verified impaired for nutrient pollution.

One symptom of nutrient pollution manifests as increased frequency, duration and intensity of red tide blooms in our estuaries and back bays, causing massive mortality of fish and other marine wildlife. The increasing trend of near-shore red tide and other algal blooms inland is not a “natural” occurrence, but a direct response to nutrient pollution.

Obviously, special regulations meant to protect Florida’s highest value waters are not working. Why? Population growth and development are once again exploding in Florida and with it comes increased stormwater runoff, the vehicle for nutrient and fecal pollution.

In an April 2019 op-ed, I urged the legislature to get serious about nutrient pollution. Yet, not a single bill that would have brought effective water policy change passed. Regulating nutrients at the source with updated rules on compliance is the only meaningful way to stop the trend. But the Florida legislature does not seem to be capable of it and agency initiatives are tepid at best.

Policymakers must come to the realization that poorly planned development from rapid growth will negate increased spending on pollution prevention that does not target the specific source, especially for agriculture. And, local governments will not effectively manage urban growth without the kind of state oversight that was built into state policy years ago but largely abandoned during the Scott administration.

Shifting the majority of costs for pollution clean-up from polluters to the general public is a bad policy that must stop.

As long as the biggest polluters continue to invest vast contributions to finance the campaigns of politicians, it’s unlikely we will see any significant change in the continuing decline of Florida waters.

Florida voters can change this trend.