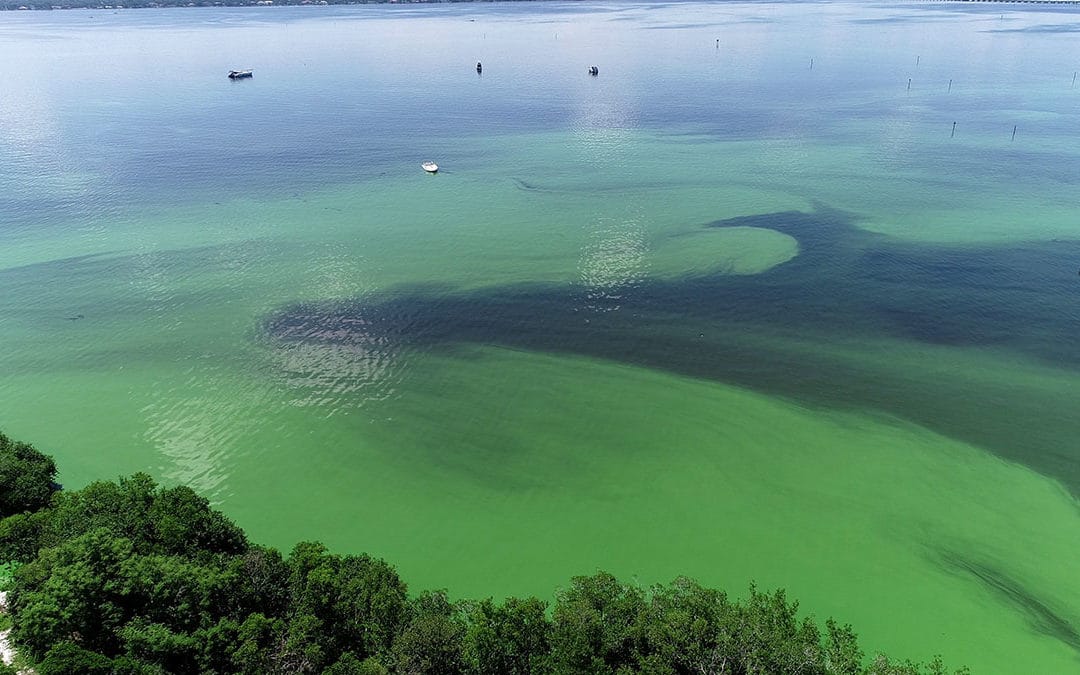 Originally published in Be the Change, Volume 16 – a magazine produced by Waterkeeper Alliance

Florida’s waters are at a tipping point as phosphorus and nitrogen pollution and climate change combine to create a perfect storm for the increasingly frequent outbreaks of toxic blue-green algae and red tides. St. Johns Riverkeeper Lisa Rinaman and Calusa Waterkeeper John Cassani are leading the fight against this growing scourge.

In recent years, blue-green algae and red tides have become a major focus for Florida’s 14 Waterkeepers, as nutrient pollution and climate change combine to create a perfect storm for the potentially toxic outbreaks. Runoff from agriculture, septic systems, wastewater treatment plants and nonpoint source pollution is streaming into the state’s waterways like never before, leading to a spike in nitrogen and phosphorus on which the algae feed. At the same time, global warming has led to torrential rains, which speed the movement of nutrients from land to water, as well as rising water temperatures, which can exacerbate harmful algal blooms.

Add to that the growing population of Florida (an estimated 900 people are moving to the state every day) and the sluggish response from the state government, and it is a small wonder that environmental stewards in the Sunshine State are feeling under siege.