Pollution Mystery: Where has the Chocolatey Runoff Been Coming From? 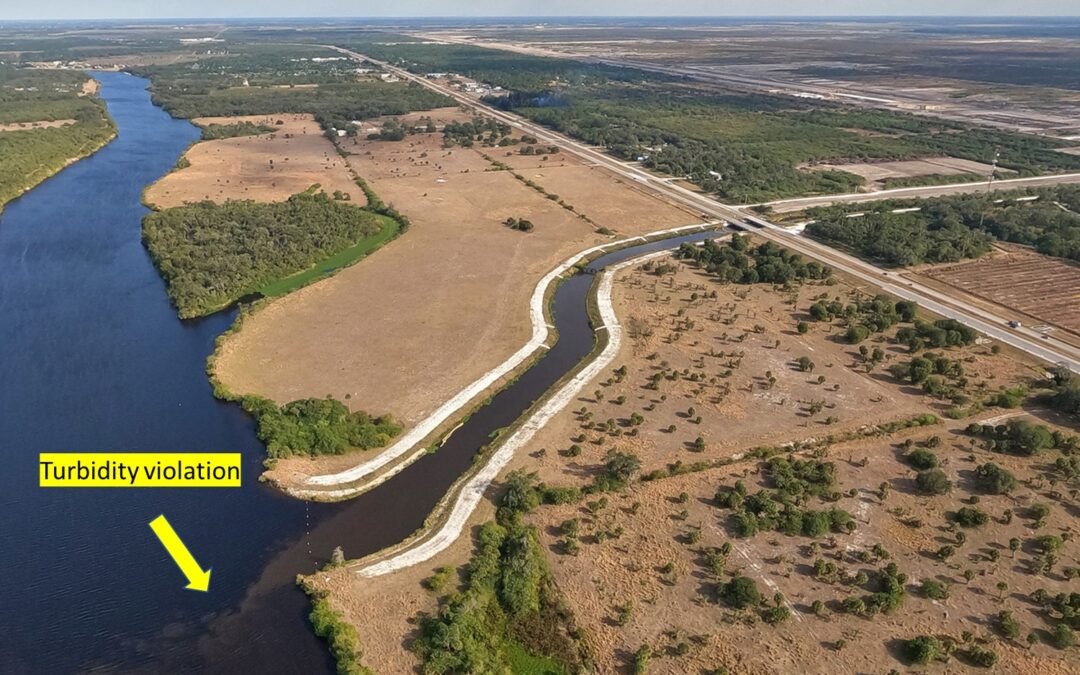 Originally published by The News-Press on February 21, 2022 by Amy Bennett Williams


There’s a mystery in the Caloosahatchee – one that agencies in charge of the river haven’t yet solved: Where did several muddy jolts of polluted water come from? And who’s responsible for it?

Earlier this month, pilot Ralph Arwood, who volunteers for the nonprofit Calusa Waterkeeper, photographed brown billows flowing into the Caloosahatchee from the Townsend Canal in Hendry County, near Lee’s border. Its milk chocolatey color contrasted with the river’s dark blue.

Scientists call this cloudy, stirred-up-looking water turbid, which means it’s got particles of something else in it. Turbidity is not just nasty looking; at high concentrations, the particles can block sunlight and degrade fish and plant habitats while giving pollutants like heavy metals and harmful bacteria a place to attach, according to federal scientists.

“Turbidity and suspended solids interfere with filter feeders like clams, oyster and some types of crustaceans,” said Calusa waterkeeper John Cassani. “If it’s bad enough, it can interfere with the way fishes’ gills function and it can cover up plants and shade the water column … then you have an altered ecosystem.”

So, when he saw that plume of decidedly turbid water flowing into the Caloosahatchee, Cassani became concerned. “What you saw (in the photo) would have been a turbidity violation,” he said.

Suspended solids are one of three main pollutants regulated under the National Pollutant Discharge Elimination System (often shortened to NPDES); the others are nitrogen and phosphorous.