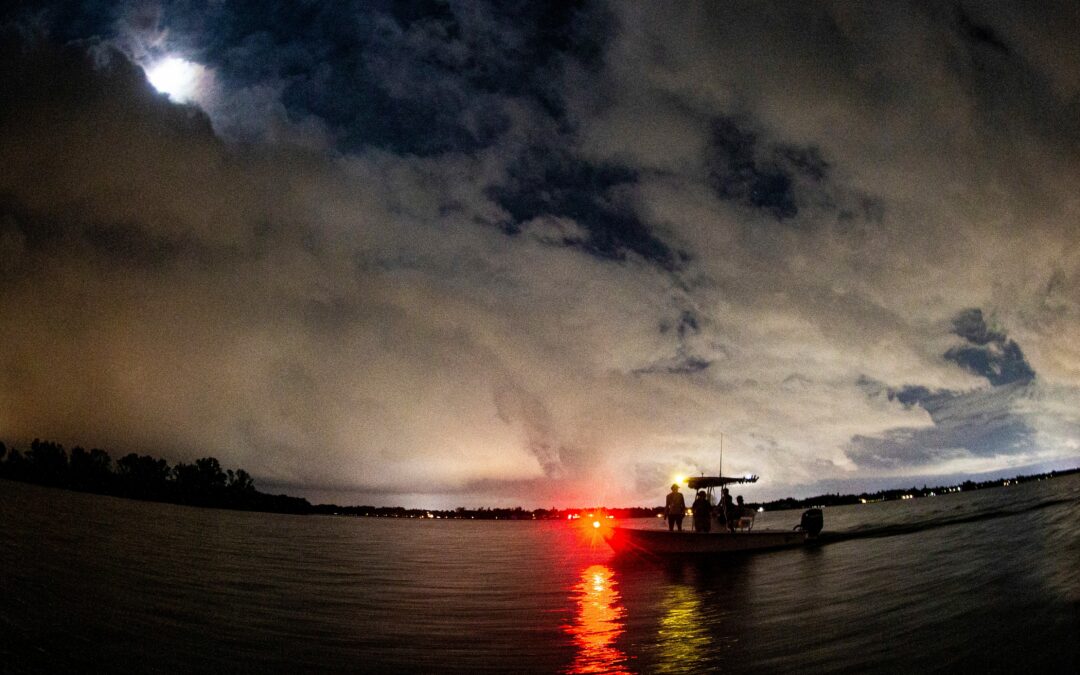 Originally published by The News-Press on March 17, 2022 by Chad Gillis


A light breeze blew out of the northwest as two Florida Gulf Coast University research boats slowly plowed east along the Caloosahatchee River just after sunset.

Clouds lined the sky and lightning cracked in the distance as a front was approaching; and Greg Tolley and his students and volunteers were trying to get to a handful of monitoring stations along the river before the storm hit.

“We have 10 stations along the Caloosahatchee from Shell Point all the way to just below the W.P. Franklin Lock and Dam, and they’ll put a plankton net at each station and they’ll pull it at three different depths: near the bottom, in the middle part and then at the surface to make sure we’re fishing the entire water column,” Tolley explained while riding in the support boat. “The reason we’re doing it at night is we’re looking for organisms that live on the bottom during the daytime and at night they come up in the water column to feed.”

Tolley and his crew conduct this type of sampling in the river each month, documenting the animals found in the river.

“What we’re really looking for is larval fish, larval shrimps, larval crabs — essentially fish food,” Tolley said. “They’re building the C-43 reservoir right now and it will store water during the rainy season and release more water during the dry season to try to mimic more of a natural estuary. So we’re doing a before and after, and this is the before part.”

The goal is to see how the critters that are present now respond to the addition of the Caloosahatchee River reservoir, or C-43, to the system.