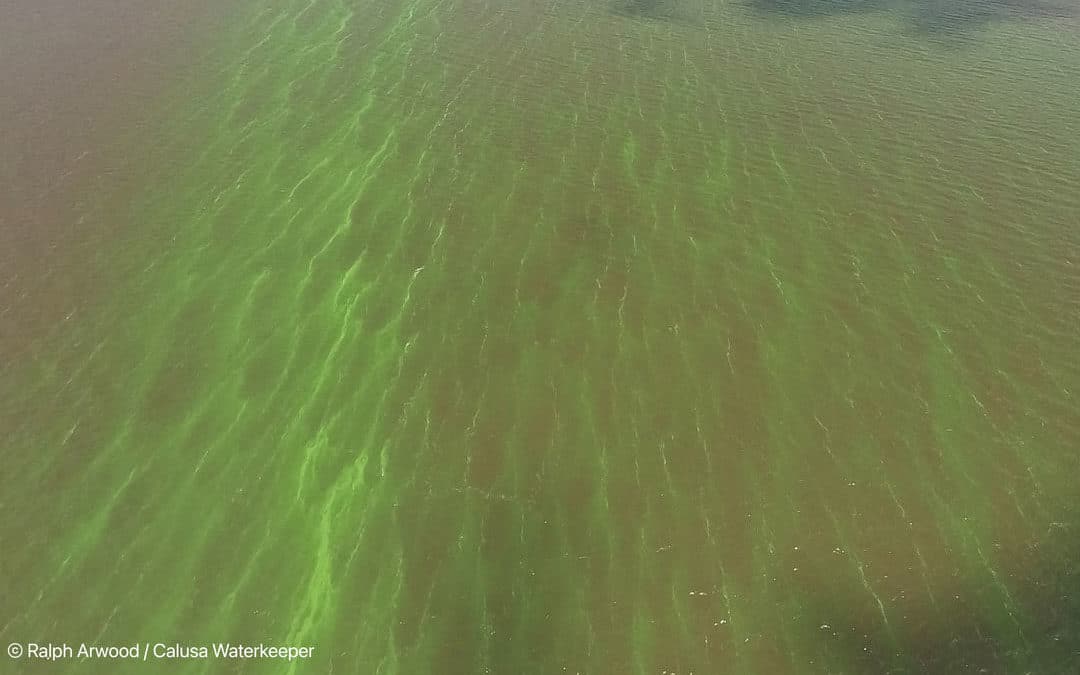 Originally published in The News-Press on May 10, 2021 by Chad Gillis


Several environmental groups have asked Gov. Ron DeSantis to declare a state of emergency for communities impacted by what appears to be a growing toxic blue-green algae outbreak in the Lake Okeechobee system and a red tide in the Gulf of Mexico.

Groups like the Calusa Waterkeeper, the Center for Biological Diversity, Friends of the Everglades and about a dozen others signed on to a May 8 letter that was delivered to the governor’s office Monday.

National Oceanic and Atmospheric Administration, or NOAA, satellite imagery recently showed a bloom of about 300 square miles on Okeechobee.

“Based on what’s happening on the lake, we’re potentially ahead of the situation in 2018,” said Calusa Waterkeeper John Cassani. “It’s already in the lake and the red tide has been in the back bays and along the coasts since last November. It just doesn’t seem to want to recede. It’s killing fish and I’ve heard of some sea turtles. So we think now is the time to get ahead and move water south.”

The groups are asking the governor to remove any constraints to sending Lake Okeechobee water south instead of using the Caloosahatchee River as a dumping ground.