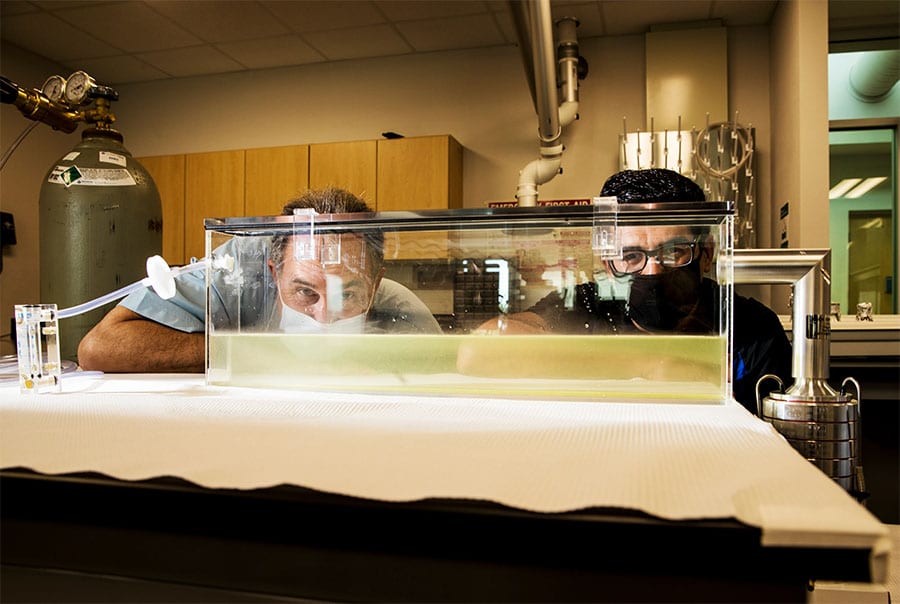 Originally published by The News-Press on June 28, 2021 by Chad Gillis

Scientists are trying to better understand what forms of nutrients fuel cyanobacteria blooms, and at least one test points to urea.

Researchers from the U.S. Geological Survey, Nova Southeastern University and – as an extension – Florida Gulf Coast University, were given a $2.4 million, three-year grant from the U.S. Army Corps of Engineers to map out the genetics of microscopic organisms living in Lake Okeechobee and around water control structures in the Caloosahatchee and St. Lucie rivers.

A second phase of the project focuses on how Caloosahatchee water responds to various forms of nutrients in hopes of seeing which ones are capable of fueling a bloom. “It tells us urea is a super food for algae,” said Barry Rosen, an FGCU professor and one of the nation’s top experts when it comes to identifying toxin strains of bacteria, “if it’s available for cyanobacteria, if it’s the right concentration. If it were urea it could be coming from septic tanks. But we don’t know that.”

Calusa Waterkeeper John Cassani said he thinks the urea is a sign that farming is impacting the river and estuary.

“I think urea is put in that category of organic nitrogen, which I think the dominant form and is mostly an agriculture contributor,” Casani said. “The genetic markers are really powerful stuff in terms of segregating species and finding what’s there. Some of the important things there are the ratio of nitrogen to phosphorus and perhaps iron in the water.”