Researchers Warn Red Tide is Back in Southwest Florida 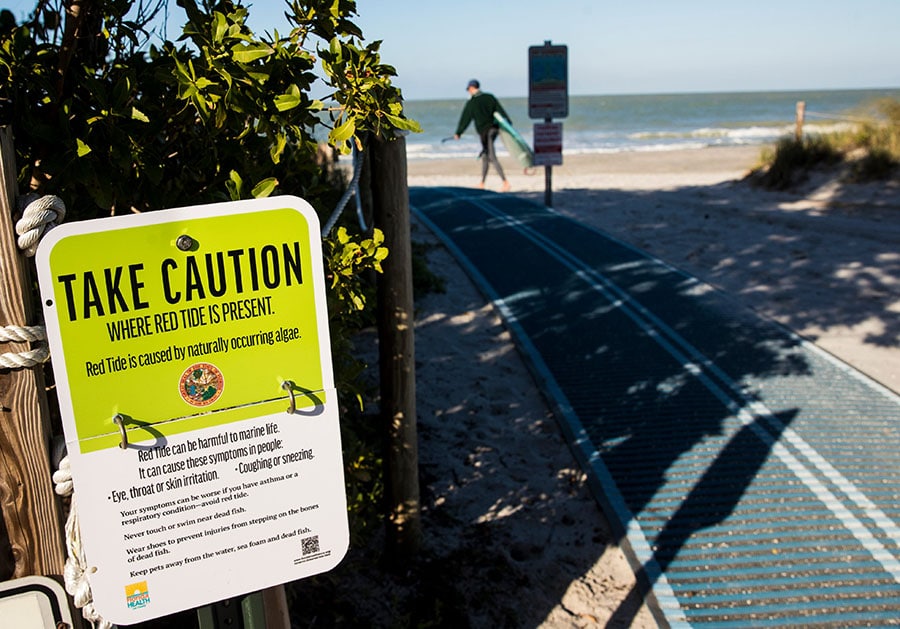 Originally published in The News-Press by Amy Bennett Williams on December 11, 2020

It may not be killing fish or burning human throats yet, but red tide is lurking along Southwest Florida’s shoreline.

Scientists sampling water for Karenia brevis, the microscopic toxic algae that produce red tide, find concentrations are declining along many Sanibel beaches, though at Lighthouse Beach, researchers from the Sanibel Sea School found concentrations of 300,000 cells per liter of water, which is considered to be a “medium” measurement.

That’s not to say a bigger bloom won’t develop, especially after the sustained blasts of nutrient-laden water traveling down the Caloosahatchee to the estuary, said Calusa Waterkeeper John Cassani.

The U.S. Army Corps of Engineers has been releasing water from Lake Okeechobee since October to lower levels in the lake and ease pressure on its aged earthen dike. The good news, water managers say, is that the Corps has been able to steadily reduce the flows to the river.