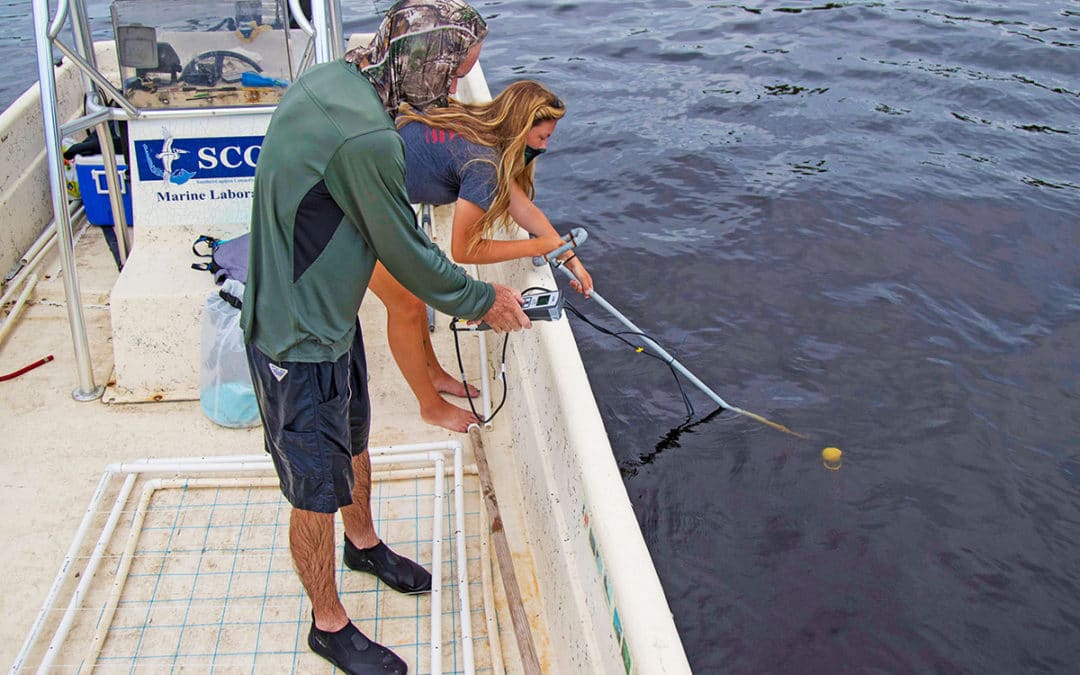 Originally published in The News-Press by Chad Gillis on June 25, 2020

A group of local scientists are mapping out critical marine habitats in the Caloosahatchee River in hopes that tape grass will flourish here again.

The Sanibel-Captiva Conservation Foundation and Florida Gulf Coast University secured a $264,000, two-year grant from the U.S. Environmental Protection Agency to map tape grass habitat in the fresher portion of the river.

“We’re looking at seagrass and algae cover and the clams and oysters,” said Rick Bartleson, a chemist and water quality scientist for SCCF. “We’re trying to divide up the sampling for 100 sites from San Carlos Bay up to Beautiful Island.”

An umbrella species used as a measuring stick for the river’s ecology, tape grass (Vallisneria Americana) covered more than 1,000 acres in the system a few decades ago.

“It was picked because the critical part of the estuary for freshwater inflows is the upper parts of the estuary,” Cassani said. “It’s more dependent on lower salinity levels. And it’s very, very important for migratory waterfowl.”