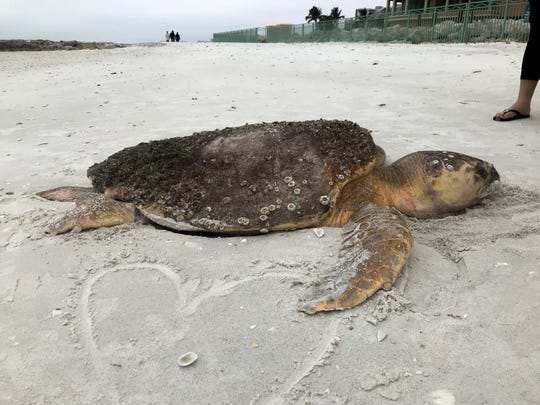 
The largest number of sea turtle strandings in a single month were reported in Collier County in October.

Maura Kraus, the sea turtle expert for Collier County, said that she has reported 88 sea turtle strandings this year. Of those, 60 were reported in October alone.

“Last year, the highest (stranding count) was 27 during the month of July,” Kraus said. “I don’t think we’ve ever had 60 in a month before.”

Of the 60 reported dead turtles in October, 50 were Kemp’s ridley. That species doesn’t nest here but the juveniles migrate here for food, Kraus said.

“Red tide concentrates in food sources and it affects (turtles) neurologically and they start having problems,” she said.

John Cassani, the Calusa Waterkeeper, said he thinks there should be a kind of benchmark in red tide reporting so previous algal blooms that were as severe as last year won’t overshadow other harmful blooms.