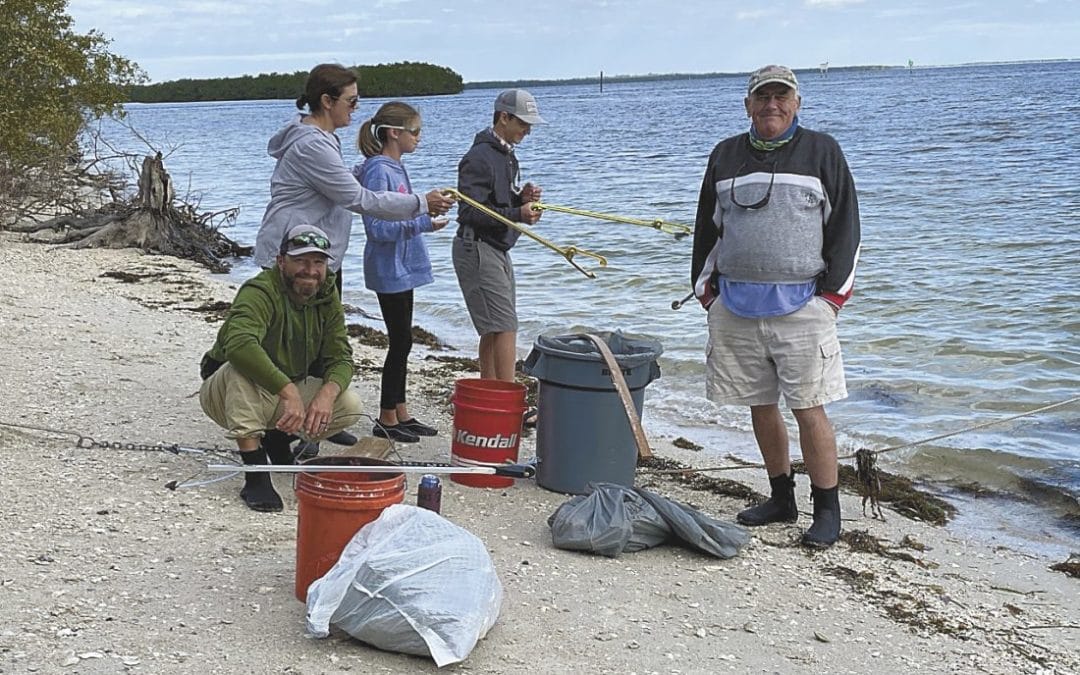 
First Officer Peter Karas of the St. James City Boat Club wants everyone to be aware of the second annual Clean Water Week, which kicked off Saturday, March 20. According to Karas, about 35 people and roughly 15 boats were involved participated in a clean-up effort.

“We started our cleanup on the Sound out here and San Carlos Bay, then we hit Picnic Island, and the causeway islands and a couple of bay beach areas on Sanibel, the canals in St. James City, in Flamingo Bay and in kayaks along the south shore of Pine Island.”

Karas said there’s a great deal of trash to be found on Pelican Bay, due to currents moving in that direction. Overall, he said the Boat Club did very well at what they’d intended, including making a substantial donation to Calusa Waterkeeper.

“The club originally said they would give $250 from their funds,” said Karas, “and then my wife Julie had the idea to match it and challenge anyone else to match it also. We ended up raising over $3,600 for the Calusa Waterkeeper organization.”