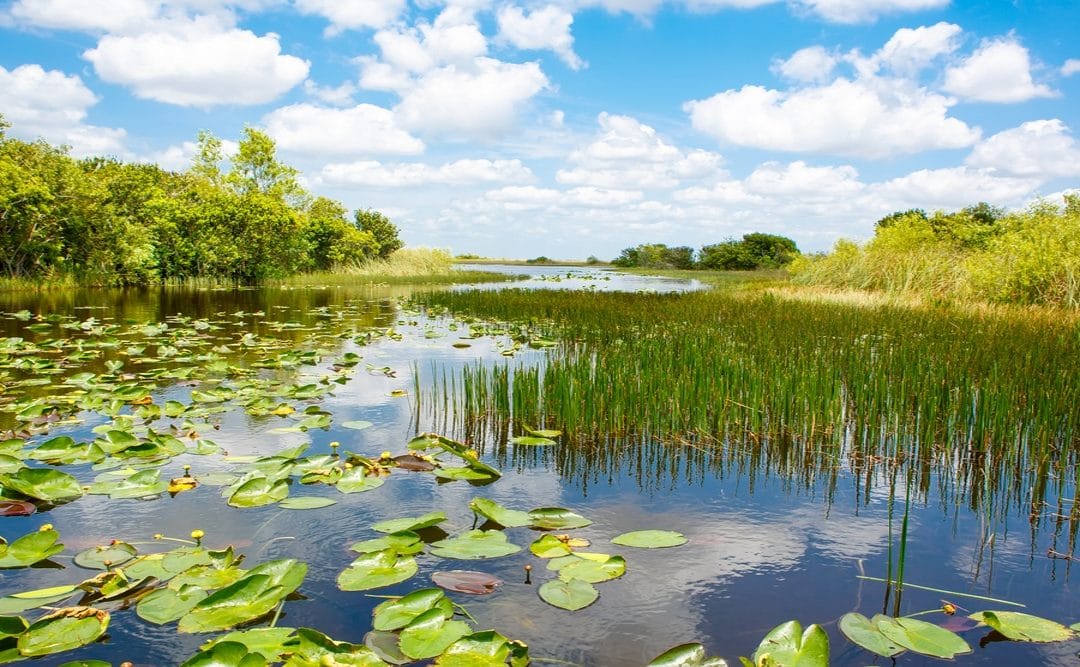 Originally published in The News-Press by Chad Gillis on June 3, 2020

More than a dozen states and several environmental groups are hoping a California judge will soon stop a move to open half the nation’s wetlands and streams to potential development and pollution.

The changes, called the Navigable Waters Protection Rule, are due to go into effect on June 22 and could have dire ramifications for some of Florida’s most delicate habitats, some say while setting the Clean Water Act back to the Ronald Reagan era.

Calusa Waterkeeper John Cassani is not involved in the case but said he feels like the Clean Water Act should fall under the federal government as it’s based on federal law, and that transferring the oversight to state and local governments could be bad for Florida’s environment and long-term economy.

“It’s a narrative in disguise that means fewer regulations and fewer protections,” Cassani said. “We’re in a state where water quality has declined terribly over the last 10 years or so. Impairments have become rampant, and now the feds are saying the states should take care of that.”

Cassani said rolling back these types of regulations is just one way the cost of corporate business is put on the backs of taxpayers.

“When you reduce regulations you externalize the costs of corporate players and you end up with the public paying the cost to clean up their pollution,” he said.