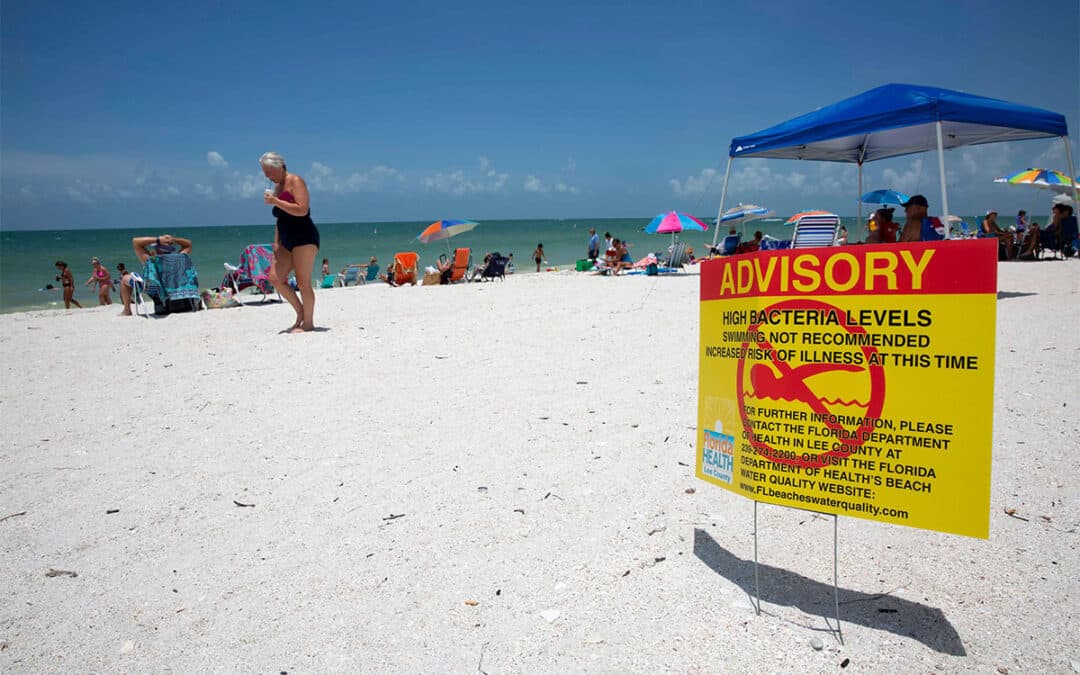 Originally published by The News-Press on July 19, 2022 by Amy Bennett Williams


The bad news: Sometimes there are unsafe levels of poop at the region’s beaches.

The good news: It’s no secret. That means would-be recreators can arm themselves with knowledge before they grab their towels and head out — though not everyone does.

Last week, 11 Southwest Florida beaches got poor marks after tests showed high fecal bacteria counts. At popular Bonita Beach, the Florida Department of Health is advising people to stay out of the water completely until it clears. Even so, plenty of people ignored the bright signs posted at the pavilion and planted in the sand Monday as they body-surfed, rafted and dove in the tainted waves.

Swallowing or swimming in such waters can make people sick with diarrhea, nausea, rashes or eye irritation. The state’s Healthy Beaches program monitors enteric bacteria then posts the results online. It rates each site’s water quality as good, moderate or poor for bacteria, then issues an advisory if the result is confirmed, which means there’s an increased risk of illness in swimmers at that location.

Many things can cause fecal pollution, including stormwater runoff, wildlife and pet feces, and human sewage. Only DNA testing can pinpoint which creatures’ poop is in the water, but Calusa Waterkeeper John Cassani says it’s likely washing to the Gulf from inland “unless lots of birds (are) aggregating nearby. Because the Gulf of Mexico is such a big mixing zone, it’s hard to say for sure where it’s coming from.

Though tests were the 11th, it took the Lee County recreation department until Saturday to post an online advisory, which “perplexed and vexed” Louise Kowitch. “Why the lack of transparency?” she wrote in an email to the county. “Visitors are going to the beach without knowledge of the conditions. Please do a better job.”