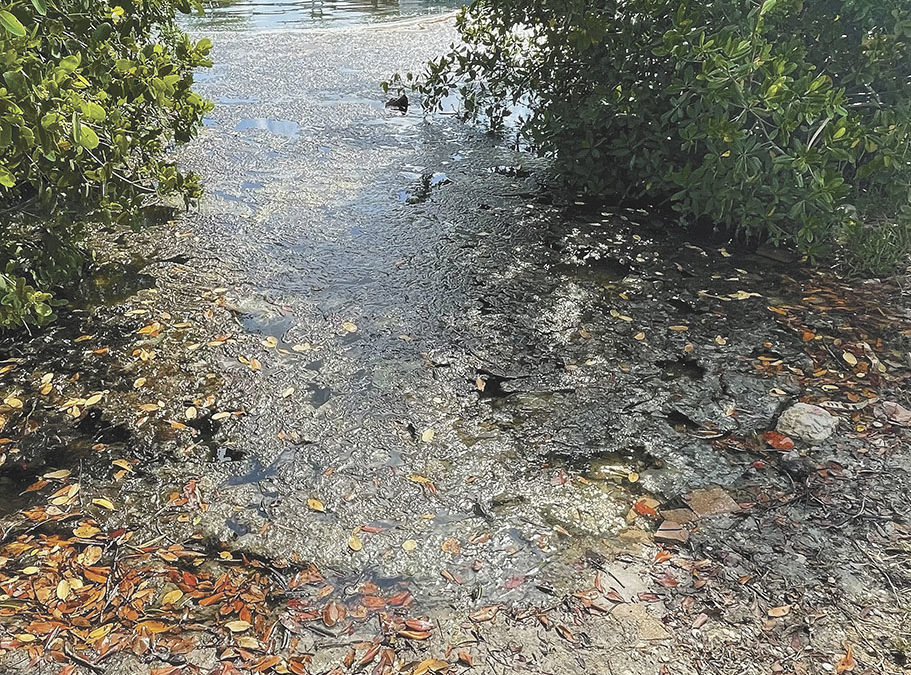 
Water safety and sustainability problems should not be solved by the public, according to environmentalist islanders Sue Dahod and Susan McGuire, who say, unfortunately this is what it’s come to.

Dahod, a Calusa Waterkeeper Ranger, teamed up with the Matlacha/Pine Island Fire Department to test the water in Matlacha, after complaints from residents who said they were getting sick due to marine toxicity surrounding their homes.

Carmen Driscoll of Carmen’s Kayaks in Matlacha said she is one such victim. After ruling out a possible stroke due to her symptoms, Driscoll said her condition was diagnosed as toxic algae poisoning.

Being an avid kayaker, she finds herself very close to local waters on a regular basis, that is, until recently. Driscoll has had to leave the island because of her symptoms, including double vision, tracers, confusion, headaches and shortness of breath, all of which she attributes to the algae on the water in Matlacha.

Not only has this condition affected her business, but her normal, everyday routine has become anything but that, she says.