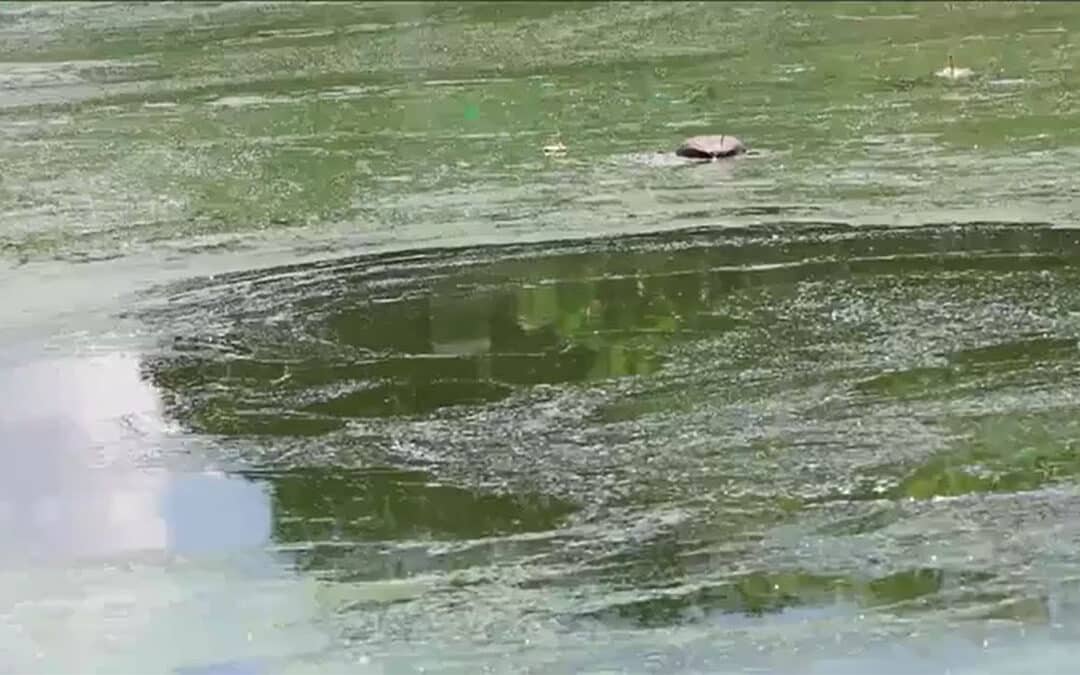 
Cyanobacteria has taken over the canals of Waterway Estates in North Fort Myers, a canal system along the Caloosahatchee River.

Photos taken on Wednesday and Thursday show huge, green mats of bad-smelling blue-green algae, but now scientists are concerned it could be harmful to breathe for people living nearby.

John Cassani, from Calusa Waterkeeper, was alarmed when he saw the water and decided to take a sample.

“When it starts to form the surface scum, that’s when it gets pretty significant, it’s gonna be around for a while,” Cassani said.

He and other scientists are worried that because you can smell the bloom, it could mean that the deadly toxins produced by Cyanobacteria are making their way into the air.

“One of the things that concern us in inhalation toxicity, if you can smell it, you are inhaling the aerosolized particles,” he said.

It could pose a serious health risk to the people who live by it.