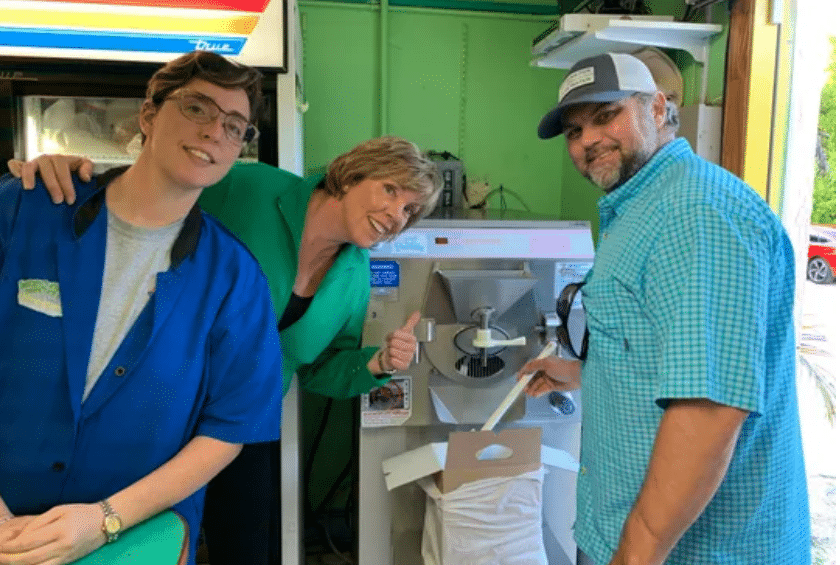 Originally published in The News-Press by Amy Bennett-Williams on January 3, 2020

A vice-presidential appearance at the launch party at Sanibel’s Best Homemade Ice Cream is not as far-fetched as it might sound. Confirmed attendees include Mayor Kevin Ruane, who’s visited with the VP on past trips, as well as prominent Republican and Pence pal Chauncey Goss, who chairs the governing board of the South Florida Water Management District and serves on the Captains’ board.

“Poor water quality has become an increasing threat to Florida’s economy and quality of life,” said Wittman’s colleague and co-founder, Daniel Andrews. “It would be good if (Pence) could see the concerns of the community here and the long-lasting devastation.”

As vice president, Pence is not necessarily an environmental policy mover and shaker, though he does have the president’s ear, which might work to the region’s favor, Andrews said.

Calusa Waterkeeper John Cassani isn’t holding his breath. The League of Conservation Voters has given Pence a single-digit lifetime score of 4% (of a possible 100) and Cassani expects Pence’s policy ideas are in sync with his boss’.

“I have no reason to believe that Pence’s position on the environment is any different from Trump’s. As such their environmental policies that favor deregulation at many levels will have a negative impact on everything from the economy to protecting wetlands, fish and wildlife and public health,” he said. “The Pence/Trump policies seem to run opposite of what Gov. DeSantis is trying to do in Florida to restore water quality.”