We Must Work Together to Solve Water Crisis 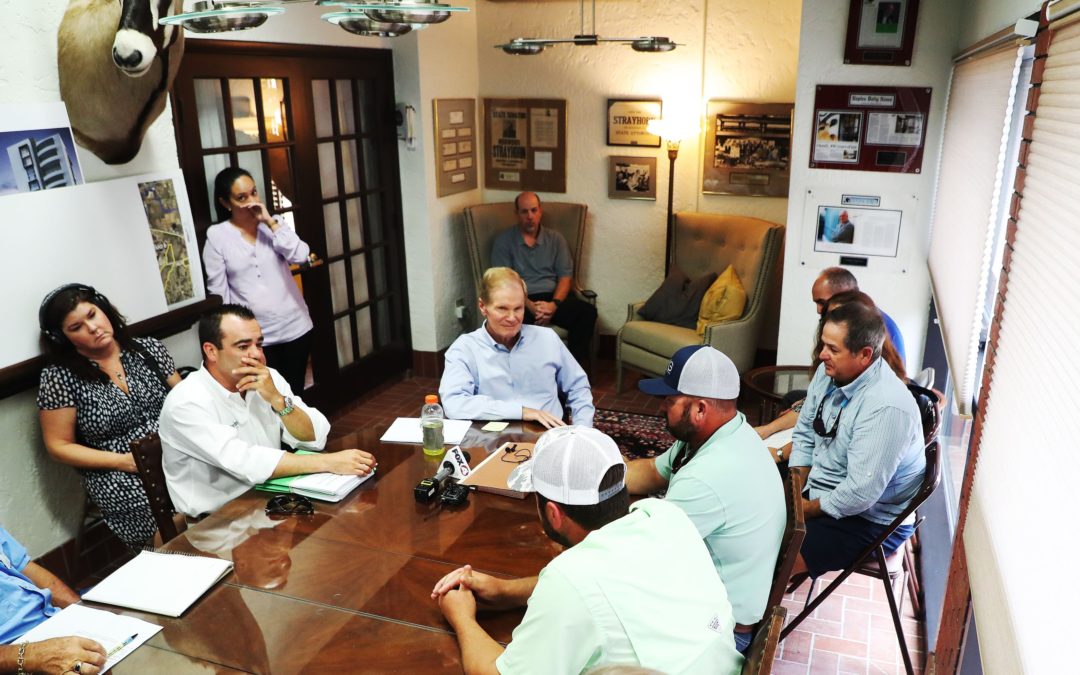 As seen in a News-Press OpEd submitted by John Cassani, Calusa Waterkeeper, July 12, 2018
Not a single state or federal agency responsible for regulating water quality or public health was in the room at Sen. Bill Nelson’s recent visit to Fort Myers in response to the historic algae bloom on the Caloosahatchee River and in Lake Okeechobee.

Yet, the purpose of the gathering was to share and communicate ideas on solving the problem on various fronts.

Yes, it was good to see the familiar environmental trench warriors and a couple of elected officials and candidates with the courage to show up but there was the elephant in the room, perhaps leaving many feeling that unless hyper-partisan politics change in a big way, the repeating crises of toxic algae blooms in Florida will continue.

Yes, federal and state public works projects are inching forward and candidates argue over who is responsible for making it happen, but there is justifiable frustration when told it may take many more years to finally fix the growing problem. Hearing over and over that the replumbing of the historic Everglades over a half century ago was too big of a mistake to overcome expeditiously does not seem an adequate response, nor should it be for the largesse many blame on special interest influence.

Ironically, the legacy of disastrous environmental policy, earned by Rick Scott in the last eight years has now returned to haunt him. His reputation for denying climate change, and soft on polluter enforcement, once thought politically safe, may have been a mistake as Florida is ground zero for sea level rise and a national spectacle for toxic blue-green algae blooms and seemingly endless red tides.

Some have joked that the most secure job in the country is a Florida legislator as the electorate seems stuck in neutral. But Florida’s political model cannot escape the evidence of water quality decline as yet another toxic algae bloom crisis of historic magnitude gains national attention.

There have been flickers of bipartisan activity in Congress. Legislation on harmful algae blooms passed with bipartisan support in the U.S. Senate last year, authored by both Republican and Democrat Senators including Nelson of Florida but sits stalled in the hyper-partisan House of Representatives. We hope U.S. Rep. Mast of Florida might be able to break the log jam and push through legislation leading to solutions.

It’s becoming quite clear, that unless we work together as Americans regardless of political party, we are not going to solve the crisis of water quality decline and its impact on Florida’s tourist-based economy any time soon.