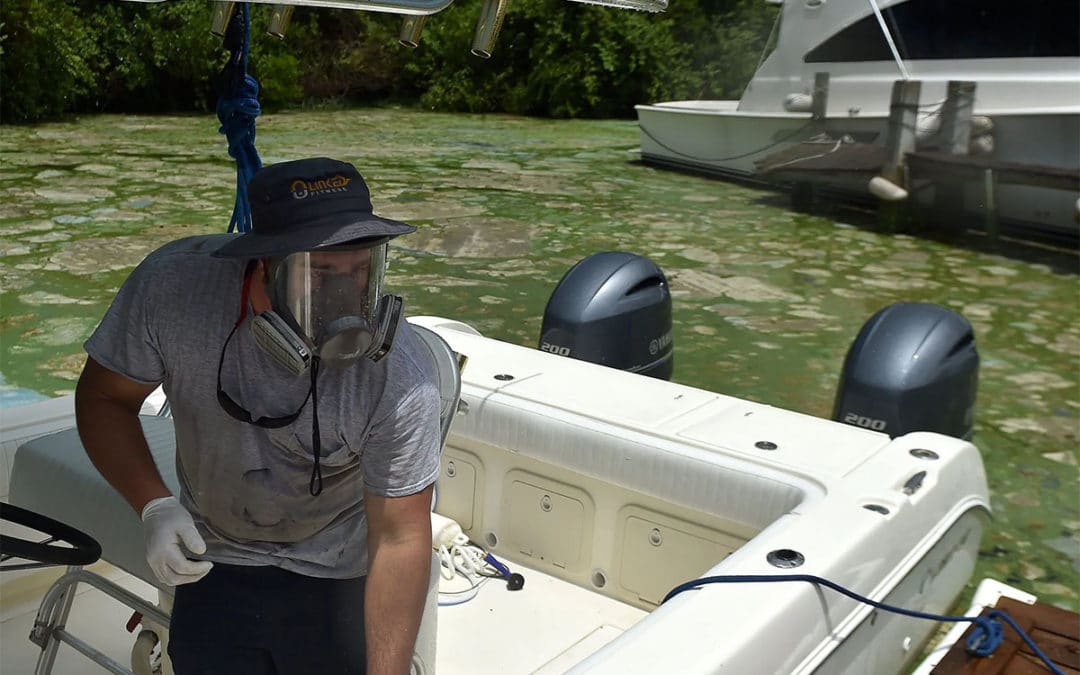 As seen in a TC Palm Op-Ed submitted by Dr. Walter Bradely and Calusa Waterkeeper Board Member, Howard Simon
Floridians are well-aware of the acute environmental and health problems of harmful algal blooms and they are looking to their political representatives to take action.

The causes of harmful algal blooms (HABs) are no mystery: expanding residential and commercial development and agri-business — particularly cattle, poultry and the dairy industry — contribute to the increasing flow of nitrogen and phosphorus that spawn HABs in Lake Okeechobee and on the east and west coasts. And as our state’s population continues to swell there are increased burdens on water treatment plants and septic systems.

Media reports of fouled beaches, fish kills, and the stench of HABs are not good for tourism — about 10% of Florida’s economy. But even more concerning, our health is at risk.

Gov. Ron DeSantis’ Blue-Green Algae Task Force made several sensible recommendations, though some could have gone further. Several of the recommendations are the basis for reforms incorporated into Senate Bill 712, now before the Florida Legislature. Of concern is whether the Legislature and the governor will provide the funding and teeth behind the recommendations to ensure that they will be effective.

The state has given $650,000 to four Florida universities to research the impact of HABs on public health, which is a step in the right direction. Actions to prevent HABs, however, will require much greater expenditures.

The Department of Health, which is responsible for the health of Floridians, rightly posts warnings about the acute dangers to humans and animals of swimming where there are harmful algal blooms. But for too long the department has stated that “there is no proven connection between cyanobacteria and ALS,” and that “the BMAA hypothesis is still a hypothesis.”

This failure to act on evidence presented by mounting scientific research is placing the long-term health of Floridians at risk.

It is not new information that the cyanotoxin microcystin, produced by blue-green algae, affects the liver. A scientific paper published in 2015 linked the distribution of chronic non-alcoholic liver disease in the United States to locations of cyanobacteria blooms.

Papers published in 2004 showed that another cyanotoxin produced by HABs, BMAA, was the likely cause of the chronic epidemic of ALS (Lou Gehrig’s disease), dementia and Parkinsonism in Guam.

It may take 20-plus years for a chronic neurotoxin like BMAA to produce Lou Gehrig’s or Alzheimer’s disease in humans. Does that put us where we were with smoking in the 1950s? Though people long suspected that smoking was harmful to health, it took decades to prove that smoking caused lung cancer — and to persuade people to quit. But we didn’t wait until “all the data was in” before the first Surgeon General Warnings were issued in 1964.

Of course, more research on HABs and BMAA is needed. For example, we need to know how much exposure to HAB-infested water is too dangerous. But there are enough studies to warrant taking action now, including warning the public that exposure to HABs is to be avoided and for lawmakers to enact policies to stem the flow of nutrients that cause algae blooms.

Will inertia by policymakers force us to wait 20 years — until mortality reports show a sharp increase in neurodegenerative diseases in Florida — before we take effective steps to stop the flow of nutrients into waterways and thereby eradicate most of these harmful algal blooms?

Surely not. The Legislature has an opportunity to take important steps to protect our water and public health. We need to urge the Legislature and DeSantis to give teeth and funding to the recommendations of the Blue-Green Algae Task Force.

Walter Bradley is the former chairman of the University of Miami Department of Neurology and an expert in ALS. He has researched environmental causes of ALS (Lou Gehrig’s disease), including exposure to cyanobacteria, for more than 15 years.

Howard Simon is the retired Executive Director of the American Civil Liberties Union of Florida. He is now President of the Clean Okeechobee Waters Foundation.