What Happened to 1,000 Gallons of Spilled Wastewater in North Fort Myers? 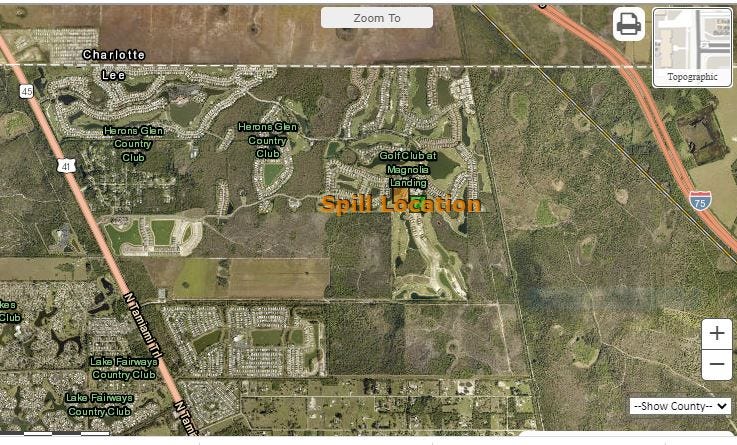 Originally published in The News-Press by Amy Bennett-Williams on January 28, 2021

A car crash spilled 1,000 gallons of wastewater at the gated Magnolia Landing community Wednesday night in North Fort Myers, but the area has been cleaned and disinfected, officials say.

Records of the spill from the Florida Department of Environmental Protection show the release happened at 5 p.m. and was over by 7.

“Basically, someone hit one of our green boxes (containing) an air release valve … so it discharged,” said Donna Lizotte, a community service representative for the Florida Governmental Utility Authority, which handles the community’s wastewater.

Calusa Waterkeeper John Cassani said that amount (1,000 gallons) is “close to the lowest volume required for reporting that I know of.”

By way of comparison, last year, faulty equipment sent 183,000 gallons of untreated waste into Caloosahatchee tributary Manuel’s Branch, which runs south of Fort Myers High School and through backyards in an upscale neighborhood off McGregor Boulevard before making its way to the river and then the Gulf.