Where did Toxic Algae Vacuumed from Lee County Canals Go? 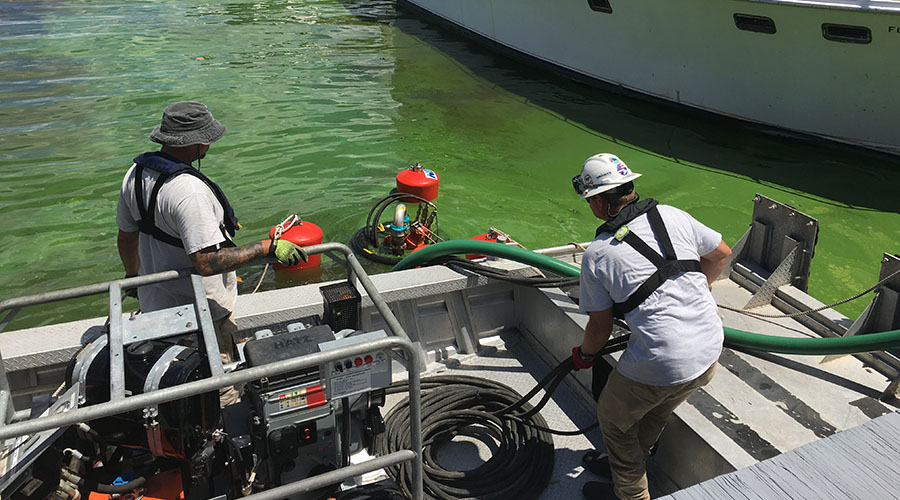 Originally published in The News-Press by Amy Bennett Williams on December 1, 2018

Southwest Florida’s recent toxic algae blooms were unprecedented in scope, persistence and sheer nastiness. Also unprecedented was how Lee County disposed of some of the crud, shown by science to be potentially carcinogenic to humans.

One of Calusa Waterkeeper John Cassani’s concerns is that the algae the county removed produces microcystin, a potent toxin that could not be completely removed from the treated solids and liquids.

The microcystin that remained was injected into the well, albeit in small quantities. In all, 202 grams of microcystin — a little less than half a pound — was sent underground mixed into more than 60 million gallons of water.

Catchiness aside, the old adage: “The solution to pollution is dilution” has not proven sound environmental policy, Cassani said.

“Microcystin is a horrendously potent toxin. It’s carcinogenic. The temptation is to say, ‘well it’s confined, so it’s no worse than wastewater or surface water,” Cassani said, but that’s a mistake. “Even though it’s not regulated, it’s a known toxin — and it bioaccumulates.”