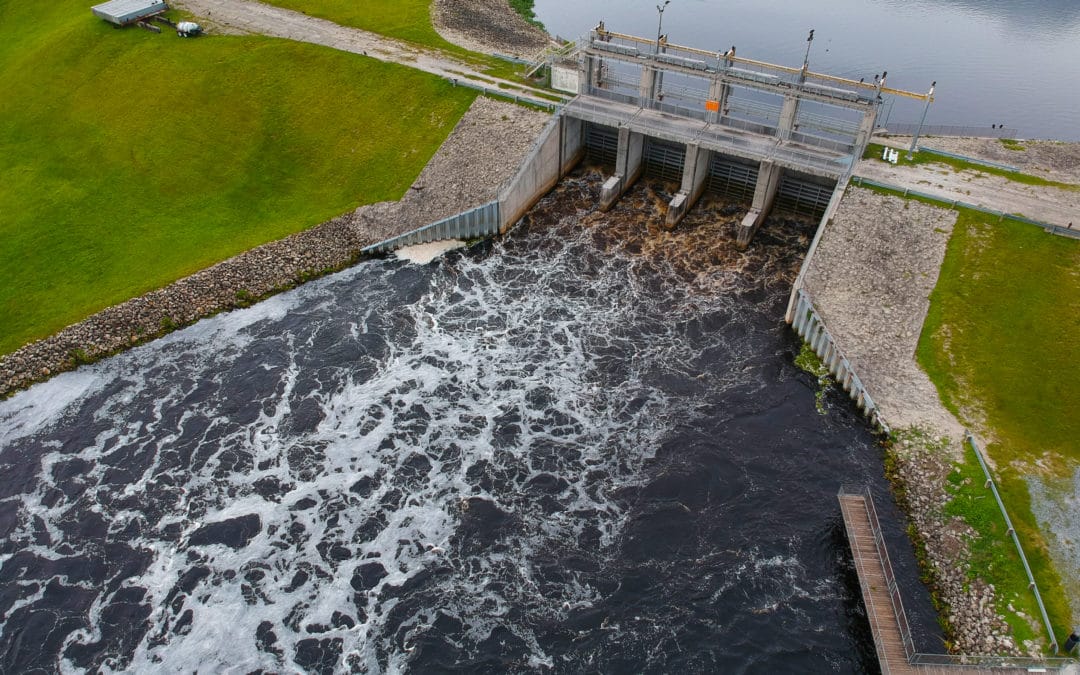 FORT MYERS, FL. (Oct. 29, 2020) – Calusa Waterkeeper is proud to be involved with a recent win in federal court regarding the management of Lake Okeechobee and its impacts to the Caloosahatchee and St. Lucie estuaries.
Center for Biological Diversity, Calusa Waterkeeper and Waterkeeper Alliance issued a notice of intent in December 2018 and officially filed suit against the U.S. Army Corps of Engineers in June 2019. This week’s court order concluded an important case in holding the federal government more accountable for their actions affecting endangered species and federally designated critical habitat.

Federal Judge Middlebrooks agreed with the plaintiffs that the U.S. Army Corps of Engineers was not in compliance with the Endangered Species Act regarding the impact of Lake Okeechobee discharges and harmful algal blooms, and how endangered species and their habitat would be affected. The judge ruled that a Biological Assessment would be undertaken looking at how harmful algae and their toxins like BMAA would affect species such as manatees, sea turtles and other federally listed plants and animals impacted by Lake discharges.

The Court expressed serious concern about the impacts of releases of contaminated water on manatees, explaining, “There is perhaps no animal that embodies the need for the [Endangered Species Act] more than the Manatee.” The Army Corps chose not to address these species in their biological opinions at the time, therefore failing to follow federal law.

Cassani notes, “This is an important step in setting precedent, with a goal of avoiding environmental disasters such as those we experienced in our estuaries in 2016 and 2018.” With new leadership in the past couple years, the Corps has proposed several deviations and demonstrated greater “operational flexibility,” which are positive developments the Calusa Waterkeeper board has welcomed. “The Army Corps seems to finally be coming around and starting to acknowledge the biological and health impacts of their Lake Okeechobee release decisions,” adds Cassani.

K.C. Schulberg, Calusa Waterkeeper’s Executive Director points out this is a community win. “Thanks to grassroots support of Calusa Waterkeeper, Waterkeeper Alliance and Center for Biological Diversity, the citizens are making progress in improving our governments’ habitual mismanagement of South Florida waterways. It is the support of principled environmental groups such as ours that make these important wins possible.”

While another claim in the suit is pending, this initial Endangered Species Act ruling is an important victory for the people and wildlife of South Florida.

Calusa Waterkeeper (CWK) is a donation, member and grant-supported Fort Myers-based 501(c)3 whose mission is to “Protect and Restore the Caloosahatchee River from Lake Okeechobee to the Coastal Waters.” CWK’s project area covers more than 1,000 square miles of water, and its work includes testing and reporting, regulatory advisories, educational and community outreach and public advocacy. CWK is a member of the international Waterkeeper Alliance, the largest and fastest growing nonprofit solely focused on clean water, with more than 300 Waterkeeper Organizations and Affiliates on the frontlines of the global water crisis, patrolling and protecting more than 2.5 million square miles of rivers, lakes and coastal waterways on six continents. 2020 marks the 25th year since the founding of CWK, and the 5th year working with the Waterkeeper Alliance. For more information, visit calusawaterkeeper.org.