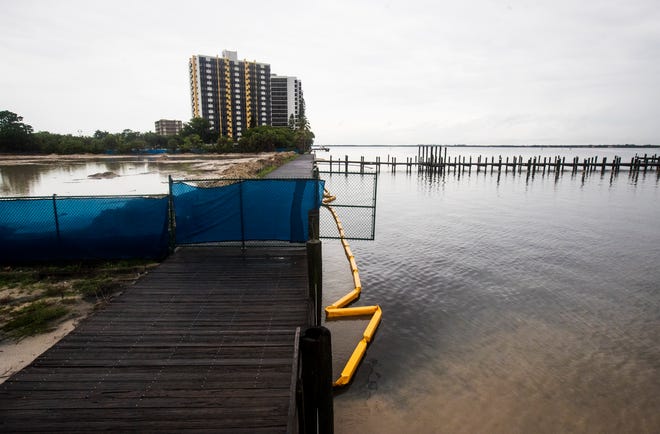 Originally published in The News-Press by Amy Bennett Williams on September 9, 2020

Water pollution from two downtown Fort Myers construction sites has halted work for the third time in as many months.

A heavy rainstorm Monday sent sheets of silty water into the river, past the floating yellow curtains installed to contain it. Both developments are near West First Street, bounded by Altamont and Virginia avenues, and both have been subsidized with city tax incentives: $12.96 million for Silver Hills and $ $5.5 million for City Walk.

“The City Walk and Silver Hills projects were issued stop-work orders (Tuesday) morning by the City of Fort Myers,” city spokeswoman Stephanie Schaffer wrote in an email. “The stop-work orders will continue until BMPs (best management practices) are improved at the construction sites.”