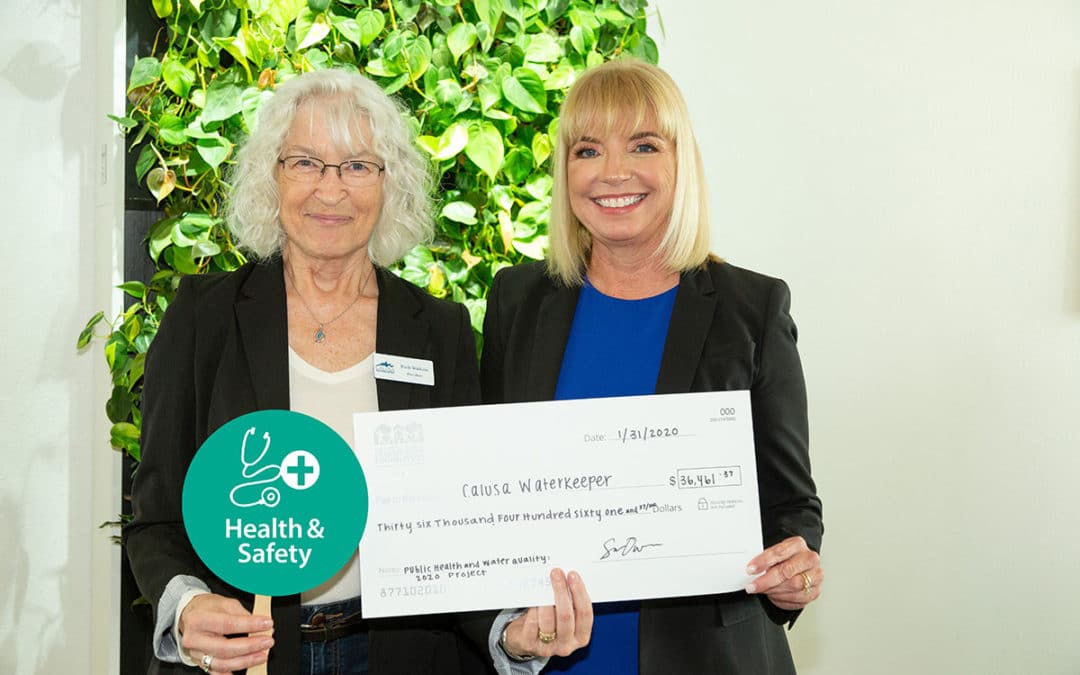 Calusa Waterkeeper (CWK) is pleased to have received a substantial grant from the Southwest Florida Community Foundation for health & safety initiatives. As part of the Community Foundation’s 2020 Community Impact Grants, Calusa Waterkeeper received over $36,000 in funding this year for their “Public Health and Water Quality” goals. Calusa Waterkeeper’s objectives for the project are to regularly inform the public about water quality issues and their health impacts through community presentations, print and broadcast media, news interviews, social media and monthly newsletters.

CWK President Ruth Watkins recently accepted the grant on the organization’s behalf at the Collaboratory in Fort Myers. “We would like to thank the Southwest Florida Community Foundation and its CEO, Sarah Owen, from the bottom of our hearts. The Community Impact grants have been vital to Calusa Waterkeeper’s initiatives in the last couple of years,” stated Watkins. “This will significantly leverage up our grassroots efforts and budget, allowing us to continue important work at the nexus of public health and water quality,” added CWK’s Executive Director, K.C. Schulberg. With a background in film-making, Schulberg plans to produce a documentary focused on public health threats from harmful algal blooms, fecal bacteria and flesh-eating bacteria.

In 2019, a grant from the Community Foundation helped realize CWK’s first film, “Troubled Waters – Public Health Impacts of Harmful Algal Blooms.” That documentary has been shown throughout South Florida and has received interest both nationally and internationally. While harmful algal blooms have become an increasingly hot topic after historic blooms such as the one experienced in Southwest Florida in 2018, the Calusa Waterkeeper organization (originally known as Caloosahatchee Riverwatch) has been tirelessly advocating on these issues since 1995.

This year’s grant initiative includes over $13,000 earmarked for independent water quality testing and associated equipment, which will bolster the organization’s in-house ability to test for a different type of water pollutant — fecal indicator bacteria (FIB). “We used to think Billy’s Creek [in Fort Myers] was an anomaly, but now there is evidence from many locations which indicate that fecal contamination is becoming more widespread in Florida,” says John Cassani, Calusa Waterkeeper. In the organization’s FIB testing, water samples from local waterways are collected by a force of volunteer Rangers that the organization has recruited and trained since 2016. The FIB water samples follow a strict chain of custody before being incubated and tested by two other Rangers with professional lab experience. The organization posts the results on social media and their web site.

According to Cassani, increasing the Calusa Waterkeeper’s equipment and testing budget will help them expand into source tracing monitoring other potentially dangerous bacteria, such as Vibrio vulnificus, often referred to as “flesh-eating bacteria.” Screening tests for Vibrio can cost around $450 per sample when processed by a third-party lab.

The group’s independent monitoring is designed to fill in the gaps between various government jurisdictions and help with public awareness when “hot spots” appear. The organization also hopes to compel state and local agencies, such as the Florida Department of Health and county governments, to more effectively notify the public of bacterial contamination present in our waterways and to properly deploy advisory signage. 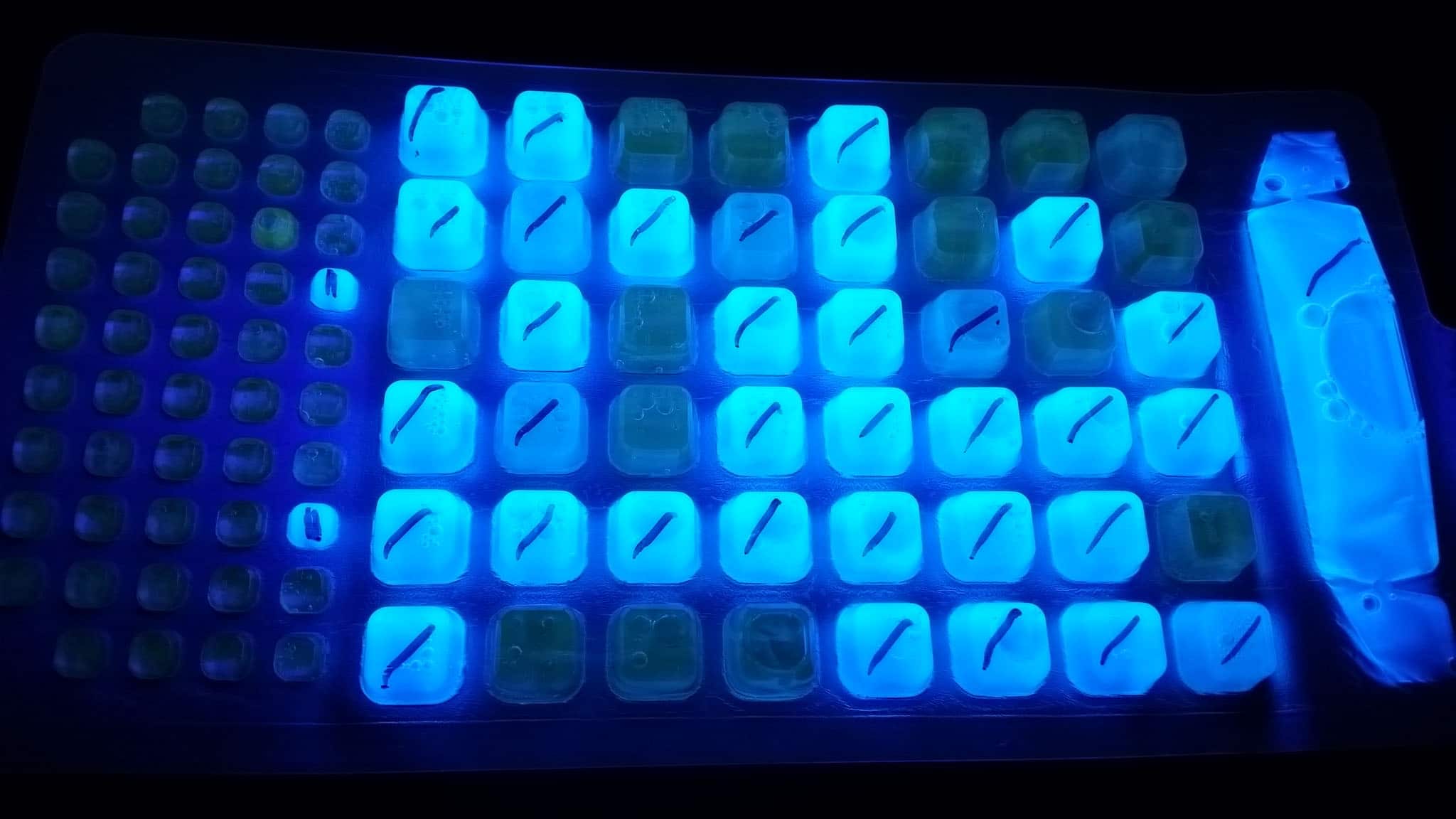 Calusa Waterkeeper (CWK) is a donation, member and grant-supported Fort Myers-based 501(c)3 whose mission is to “Protect and Restore the Caloosahatchee River from Lake Okeechobee to the Coastal Waters.” CWK’s project area covers more than 1,000 square miles of water, and its work includes testing and reporting, regulatory advisories, educational and community outreach and public advocacy. CWK is a member of the international Waterkeeper Alliance, the largest and fastest-growing nonprofit solely focused on clean water, with more than 300 Waterkeeper Organizations and Affiliates on the frontlines of the global water crisis, patrolling and protecting more than 2.5 million square miles of rivers, lakes and coastal waterways on six continents. 2020 marks the 25th year since the founding of CWK, and the 5th year working with the Waterkeeper Alliance.

The Southwest Florida Community Foundation, founded in 1976, cultivates regional change for the common good through collective leadership, social innovation and philanthropy to address the evolving community needs in Lee, Collier, Charlotte, Hendry and Glades counties. The Foundation partners with individuals, families and corporations who have created more than 400 philanthropic funds. Thanks to them, the Foundation invested $7.7 million in grants and programs to the community. With assets of $134.9 million, it has provided $85 million in grants and scholarships to the communities it serves since inception. The Foundation is the backbone organization for the regional FutureMakers Coalition and Lee County’s Sustainability Plan. The Southwest Florida Community Foundation’s regional headquarters are now located in the historic ACL Train Depot at Collaboratory in downtown Fort Myers, with a satellite office located in LaBelle (Hendry County).