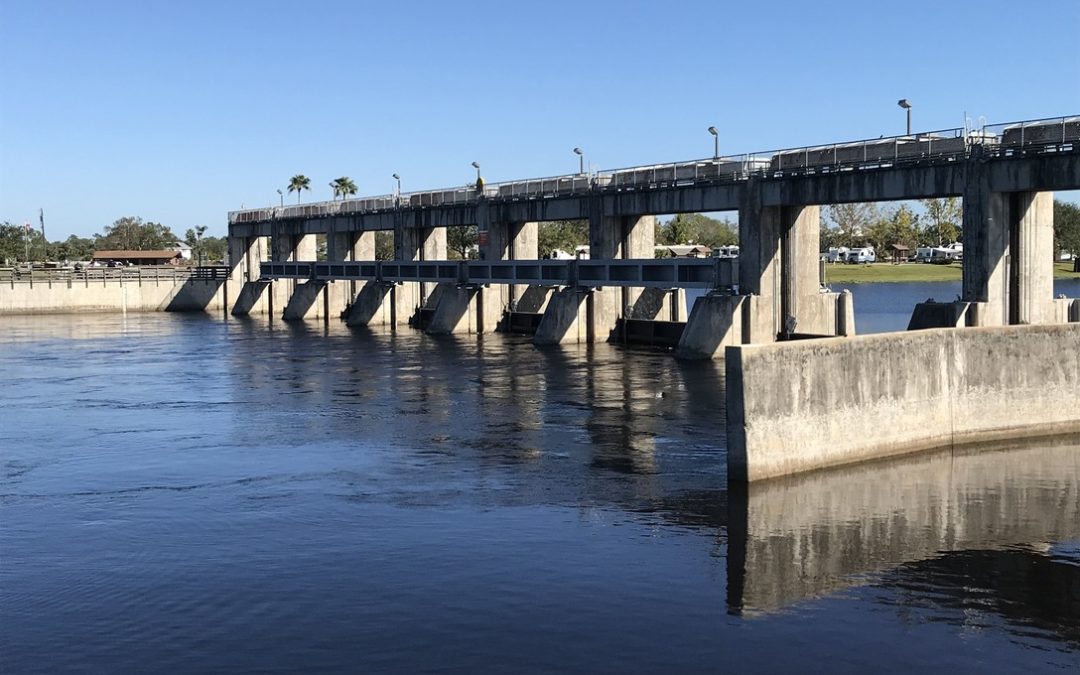 Originally published in The News-Press by Chad Gillis on April 9, 2020

Lake Okeechobee levels are falling, the Caloosahatchee River is running salty and there is a looming drought that may stay in place for another six weeks.

The surface of Lake Okeechobee has traditionally been held between 12.5 and 15.5 feet above sea level by the U.S. Army Corps of Engineers.

“I’m on the Caloosahatchee and wanted to ask you guys to urge the Army Corps to increase flows to help salinity levels,” said Cat Chase of Fort Myers at a South Florida Water Management District online meeting Thursday. “The tape grass is really taking a hit, and if we continue to see this drought we’re going to need help taking care of the estuary.”

After the meeting, Calusa Waterkeeper John Cassani said water should be cut back to all users, not just natural systems like the Caloosahatchee and its estuary.

“If we’re approaching the significant harm threshold for the Caloosahatchee River there also needs to be some restraints on other users, including agriculture, the biggest user,” he said.

It’s called “shared adversity,” and Cassani and others argue that the river deserves the water just as much as farming or urbanized areas on the east coast.

There have been no cutbacks to agriculture users or utilities, according to the water management district.