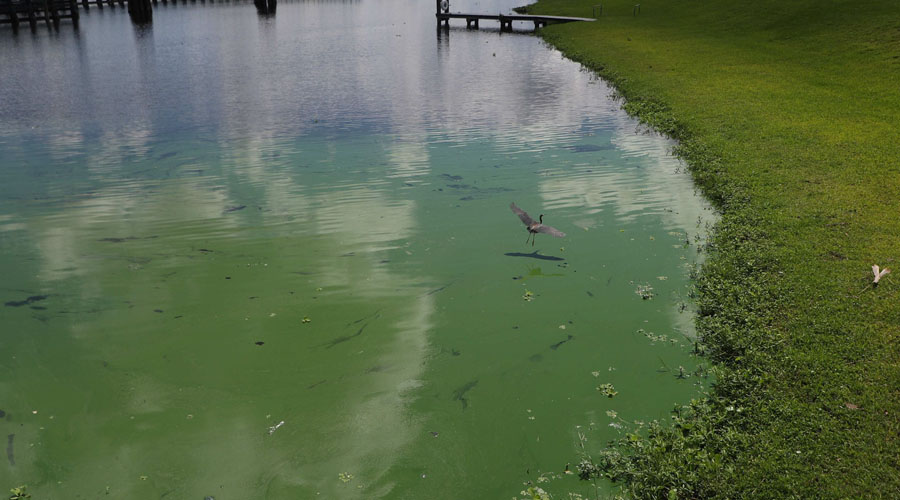 First featured in a News-Press article written by Amy Bennett Williams and published on November 29, 2018

What’s not yet clear is what impact that exposure could have to human health, said Mike Parsons, the professor of marine science who coordinated the study.

When there are outbreaks, the Florida Department of Environmental Protection samples water to check what variety of algae are present and how concentrated they are. During the recent bloom, it found one variety of blue-green algae, Microcystis aeruginosa, at levels the World Health Organization considers a high risk of affecting human health.

Blue-green algae toxins, also called cyanotoxins, are some of the deadliest on the planet, “Among the most potent toxins known, far more potent than industrial chemicals,” the late Kenneth Hudnell testified to Congress in 2008. “They cause death at dosage levels in the low parts per billion range … more potent than strychnine, curare (the poison dart toxin) and sarin (a nerve gas).”

Yet unlike many other potentially dangerous substances such as insecticides, dry cleaning chemicals and heavy metals, cyanotoxins aren’t regulated. There aren’t numeric guidelines on how much is too much, said Calusa Waterkeeper John Cassani. ”What dose do you have to get to be subject to risk? Does it build up in the system over time? We just don’t know (and) that’s the overarching issue. This airborne stuff is all new ground. People think, ‘Well, if I just don’t get in the water, I’ll be fine,’ but this is a bigger realm now – it’s the air you breathe.”