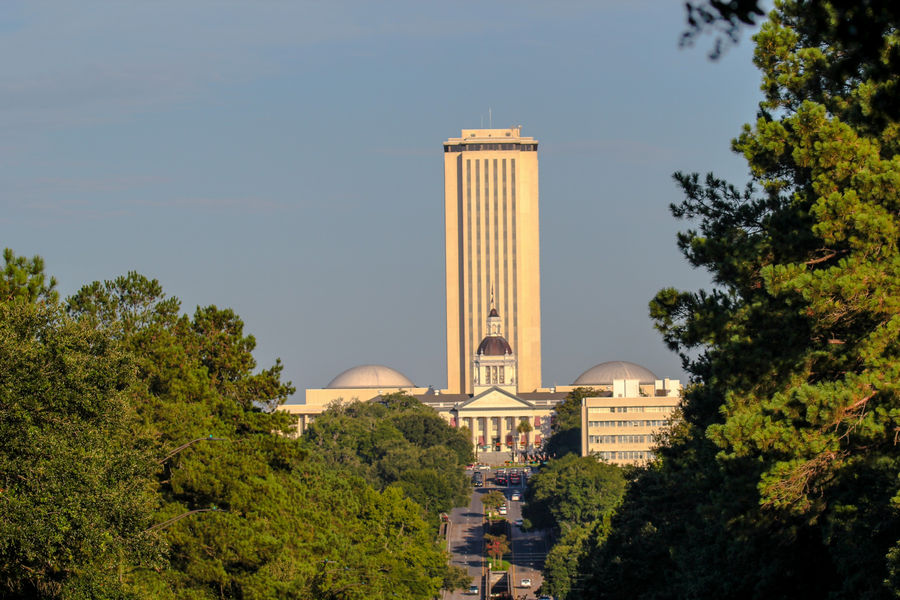 Action Alert – Senate Bill 7068.  This measure would commit the state to spending billions of dollars to build three tolled expressways through rural Florida despite harmful land-use impacts and a lack of an identified transportation purpose to justify this huge expenditure.

Please let us know how this impacts your watershed. Suwannee, Collier County, Others?

Primary ask: Please support SB 1344 and ask them to include language that will apply the new criteria to all relevant waters of the state, not just for impaired waters.

Florida H1343 Stormwater Management Systems by Rep. Margaret Good. H1343 is the companion bill to SB 1344 and has been referred to the House Agriculture and Natural Resources Subcommittee but has not yet been put on the agenda of that committee. Please contact members of the House Agriculture and Natural Resources Subcommittee and ask that the bill be considered as an action item for the next scheduled meeting.

HB 1395 is still not scheduled on its first committee agenda.

Prohibiting local government entities from adopting or enforcing local ordinances or regulations relating to single-use plastic straws; requiring the FDEP to conduct a study evaluating the environmental impact of single-use plastic straws; providing penalties for violations of the moratorium by a local government entity; preempting the regulation of over-the-counter proprietary drugs or cosmetics to the state, etc.

Senator Hutson has responded to public concern regarding the plastic straw preemption, but needs to hear from scientists regarding sunscreen and its negative impact on coral. Miami Waterkeeper to potentially engage.

Please note also SB 1100 for well water testing for pollution passed that committee and went to Appropriations Subcommittee on Health and Human Services.

While this bill sounds helpful, it completely avoids prevention and prioritizes mitigation. There are other concerns about conflict of interest that are being investigated. Sierra Club is currently working on an action alert that we will consider joint action.

While “prevention” is mentioned on page 1, line 27, there is nothing in the bill language that directs any time, resources, or attention to prevention.

If all time, resources, and attention is focused on control and mitigation, the state’s most urgent and important need, the control of nutrient pollution at its source, is ignored.

The absence of resources directed at prevention strategies will keep Florida on the track of continuing to wait until toxic algae outbreaks hit and hurt Florida’s residents before any action is taken.. That means the cost of clean-up, control, and mitigation will continue to be foisted upon taxpayers when less taxpayer dollars could be utilized to prevent the toxic outbreaks in the first place.  An ounce of prevention is worth a pound of cure and why would Florida choose to continue to pay more for a cure.

Additionally, it is inappropriate for the President of Mote Marine Laboratory to chair the Advisory Committee for an Initiative that it is co-directing with the Fish and Wildlife Research Institute.  That removes any semblance of independent review from the role of the Advisory Committee.

Mote Marine Laboratory has made an industry of calling Karenia brevis “naturally occurring” and therefore “not preventable.”  Gruters’ SB 1552 comes straight out of that false narrative.  Examples of the impact of this false narrative, in addition to SB 1552, include the 115th Congress (2017-2018) Harmful Algae Bloom and Hypoxia Research and Control Act.  In other words, the state and federal response to nutrient pollution is influenced by Mote’s interest in continuing to fund control and mitigation research rather than prevention strategy research.  Mote gets big money from elsewhere too, including Mosaic.

Calling Red Tide “naturally occurring” leads to (1) Giving taxpayers the clean-up bill for all nutrient pollution (statewide – not just on the coast); (2) Avoiding regulatory action (statewide); and (3) Spending tax dollars on control and mitigation research rather than prevention strategy research (statewide).  It is disingenuous, irresponsible, and gives decision-makers and polluters a “science-based” excuse to ignore prevention strategies not just for Red Tide but for all toxic and nuisance algae.

From a retired Mote researcher:

“Mote’s administrators, Board and major donors were (and still) have financial self interests in development, and scientists like me (whose Ph.D. dissertation was on marine/estuarine nutrient dynamics) were told to not get involved in those kinds of issues because it might alienate donors, Board members, and elected officials who would see such study as threatening development and their interests.

With regard to your comments to Gruters, (yes, Mote CEO should not be in charge of the oversight board), but should go further on an extremely important issue.

More importantly, earmarking such a large amount of taxpayers dollars to a local, non-academic, non-governmental entity is wrong.  It threatens to politicize funding for science and environment for decades.  Science should be done on a merit basis, not on a political pork basis.

Furthermore, all credible scientists believe that it is almost impossible to come up with “treatments” that can control red tide economically, practically, or without major environmental impacts.  Mote has no clue as to any realistic options, but just wants the money anyway.  I have discussed the clay application approach with many scientists and all credible and ethical scientists (including the head red tide scientist at NOAA), agree that is not any solution.  The fact clay is used in Asia, does not make it a solution, because as the NOAA scientist explained to me, there they use it to control algal blooms in very small areas around aquaculture cages in very small embayments.   There the governments apparently do  not consider or care about the clay ‘s effects on other marine life in those bays.”